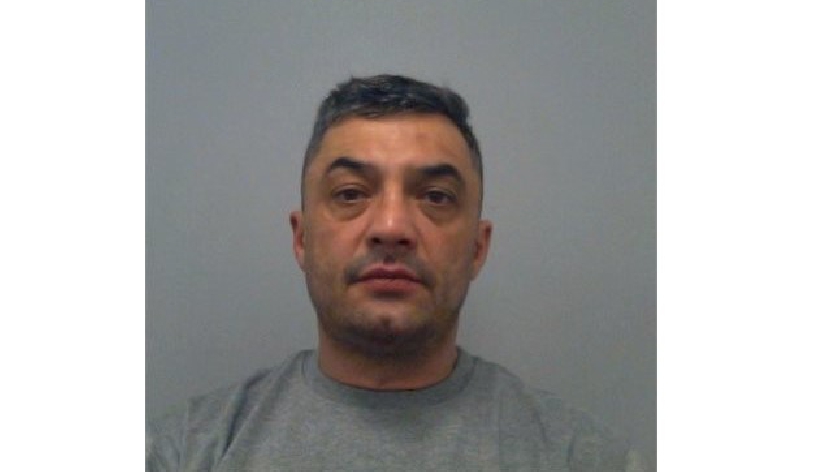 A lorry driver has been jailed after driving a heavy goods vehicle for more than 40 miles while being three times over the legal drink-drive limit.

Gabriel Scortanu, 44, of Squires Close in Milton Keynes, pleaded guilty to drink driving and dangerous driving and was sentenced to 14 months imprisonment on Monday (7 June) at Luton Crown Court.

On 12 September 2020, between 10.30am and 11am police received numerous reports of a lorry driving in an erratic manner on the motorway and later on the dual carriageway.

Witnesses described the lorry swerving between three lanes of the motorway, often going off the carriageway and narrowly missing other vehicles driving at the time.

Once the lorry left the motorway, witnesses reported seeing it mounting roundabouts and going against the traffic on a dual carriageway, nearly causing a head-on collision with a vehicle.

Thanks to numerous witnesses, the police officers who were deployed to this incident located the lorry and the driver at a local depot in Milton Keynes.

Scortanu was arrested at the scene where a near-empty bottle of vodka was found in his bag.

He was sentenced to 14 months imprisonment for one count of dangerous driving and one count of driving under the influence of alcohol. Additionally, he was disqualified from driving for three years and will need to take an extended re-test.

Scortanu was also sentenced to a further four months imprisonment for a separate drink driving offence in a different county.

PC Dale Powell, from the Bedfordshire, Cambridgeshire and Hertfordshire Roads Policing Unit who was investigating, said: “This was an extreme example of the danger of drink driving. It is a miracle that this did not result in serious injury.

“Initially Scortanu denied drink driving, claiming that he only drank alcohol after he finished driving. Thankfully there were a number of witnesses who captured the ordeal on video which left him no choice but to plead guilty.

“We would like to take this opportunity to remind our motorists that drink or drug driving is among the top causes of deaths on the road, along with not wearing a seatbelt, using a mobile phone and speeding.”

If you have information about anyone who is about to drive whilst under the influence of alcohol or drugs call 999 immediately – your action can save a life.

If you wish to remain anonymous you can contact Crimestoppers by calling 0800 555 111.