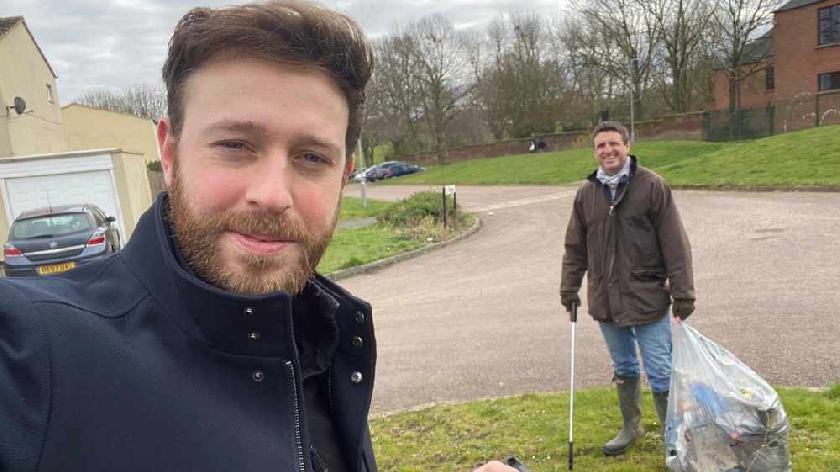 Conservatives in Milton Keynes are confident that they can form the largest party at the borough council after the local elections on May 6.

The blue party holds 17 of the 57 seats on Milton Keynes Council going into the polls and is currently in second place to the 23 that Labour had following voting in May 2019.

“We’ve been in opposition for seven years and we have the energy and commitment to shake things up,” said Conservative leader Cllr Alex Walker in the first of a series of pre-poll interviews with the party leaders.

“This year I am excited and optimistic about our chances.”

Cllr Walker knows how to win elections after dramatically holding on to his own seat – in Labour-dominated Stantonbury – two years ago.

He doesn’t entirely rule out the chances of his cohort of would-be councillors completing a stunning sweep of 12 gains they would need to have an overall majority of 29 seats.

“I am ambitious this year and confident that we are going to have a good election,” he said. “From what I can see we are more energetic and focused than the others.”

Cllr Walker has his eyes set on taking up to five or six seats away from the other parties, which could make the Conservatives the largest group on the council.

This, allied to the usually high vote share that the Tories get – they topped the popular vote with 35 per cent in 2019 to Labour’s 30 per cent, could give the Conservatives a powerful democratic argument.

“The Liberal Democrats will have to make a decision to back change or not,” said Cllr Walker.

“If we have success in Liberal Democrat areas they will realise that being shackled to Labour in a wrong and broken partnership isn’t doing them any good.”

Cllr Walker sees the success of the vaccine rollout providing a good level of support for the Conservatives.

As for his group’s policies, they put economic recovery from covid and a strategy to rebuild retail in Central Milton Keynes at the top of the list.

He says the Conservatives would get Government support to local businesses faster, believing that Labour is too slow compared to Tory-run Buckinghamshire.

“We have to get the economy back on track and the council has to be a catalyst for that,” he said.

“Milton Keynes can no longer be complacent about attracting business investment,” he said.

“The years of MK doing this without intervention have gone.”

The Conservatives are also focusing on ending the booking system for MK’s waste tips.

“It has been deeply unpopular and not that effective, “ he said.

“It has served its purpose during lockdown by making sure that services are open. We would scrap it in line with the Government’s roadmap.”

And Cllr Walker said his group would do “everything we could to keep council tax low.

“We would be foolish to say we would cut it or freeze it but it would be one of our top priorities,” he said.