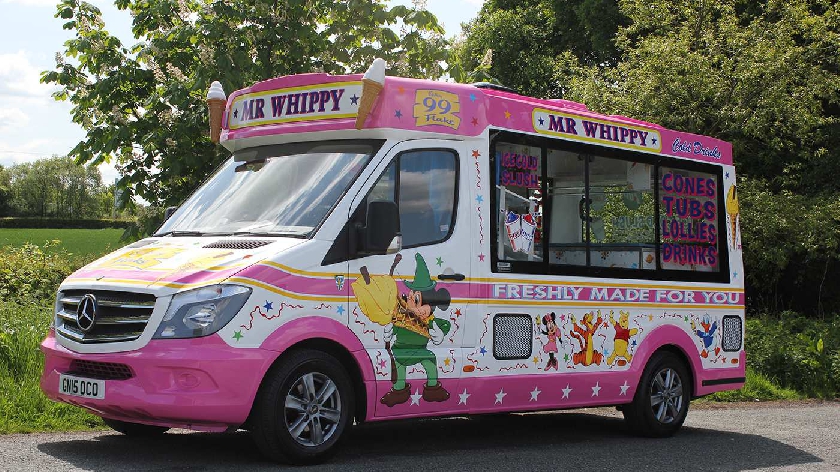 Ice cream and other fast food vans could be banned from selling their products within 250 metres of any school in Milton Keynes.

Milton Keynes Council has started a formal public consultation as part of a wide-ranging review of its street trading policy.

Cllr Catriona Morris, who chairs the authority’s Regulatory Committee, said: “The council already has a policy that prevents fast food from being sold from buildings within 250 metres of any school, so this would do away with that anomaly.”

The ban, if it is approved, would prohibit the sale of food within 250 metres of any school’s entrances and/or exits, during main school hours and 30 minutes after normal school closing time. It would include lunch breaks.

Concerns over the sale of food close to schools have been raised in relation to healthy eating linked to childhood obesity issues.

Members of the Regulatory Committee have heard that exclusions for food vans are possible currently but only on a case-by-case-basis, and it does not cover the whole of Milton Keynes. A generic exclusion clause across Milton Keynes would include all food mobiles, not just ice cream vans.

The council’s ruling Executive Committee is due to consider making some amendments to its street trading policy on Tuesday (February 5). The food van ban is not on the agenda for a final decision next week because it would need to go through Regulatory Committee first, after the formal consultation period has ended.

An informal consultation on the food van ban has involving all councillors and parish councils has already been carried out, with unanimous support coming from  Newport Pagnell Town Council, Stony Stratford Town Council, and West Bletchley Council among others.