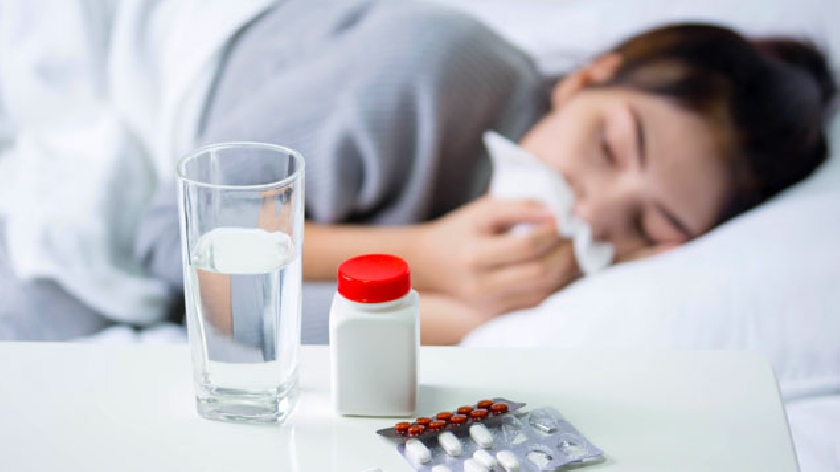 So many people are wanting a flu jab this autumn that the system is struggling to cope with demand, a meeting heard.

But the Bedfordshire, Luton and Milton Keynes integrated care system partnership board (BLMK: ICS) was told that supplies are making their way to the front line in “batches”.

Dr Sanhita Chakrabarti from the NHS clinical commissioning group told Wednesday’s virtual meeting the the timely supply of vaccines “continues to be a risk”.

Issues over a lack of vaccines for pregnant mums at both Milton Keynes Hospital and Bedford Hospital have been “escalated to NHS England”, her report to the meeting said.

And they are preparing to draft in vaccination staff from other parts of the NHS, and even from St John Ambulance, to give people their jabs.

Dr Chakrabarti said: “Demand is outstripping the supply because the vaccine comes in batches.

“There is a perception that there isn’t enough.

“It’s just that when people are inquiring it’s not available at that time because it’s awaiting a delivery.”

She advised people who are eligible to take up their vaccines.

“There is one with your name on it,” she said. “It’s just that it might not be immediate.”

Despite some problems she told the meeting that uptake of the vaccine after two weeks is “significantly positive.”

Dr Chakrabarti told the meeting that the “unprecedented demand on the flu vaccine” meant that in the week from September 27, some 58,019 vaccines had been “delivered” to people across Bedfordshire, Luton and Milton Keynes.

In the space of a week that had risen to 95,845, which she said was a good start but they had a long way to go.

This year they want to see at least 75 per cent of at-risk groups given their jabs.

“The Department for Health and Social Care is making more vaccine available and GP practices have been told to secure them.

“Once that comes in we should be able to continue to seamlessly deliver the programme,” she added.

Mayor of Bedford Borough Dave Hodgson said his council was ready to help with remedial action if needed. He pointed out that flu jab targets had not been hit for some time.

And Richard Carr, the chief executive of Central Bedfordshire Council said: “We’re up to doing all we can to support this programme.”