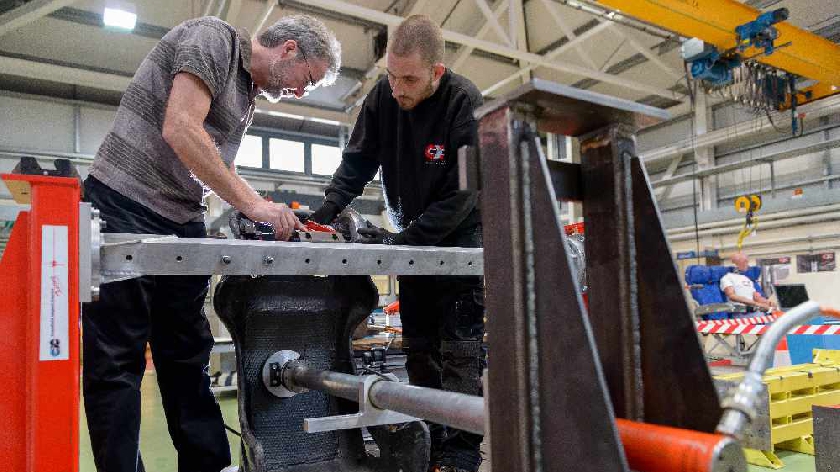 F1 driver Romain Grosjean emerged from a fireball crash and escaped with his life following a high-speed impact with a barrier at the Bahrain Grand Prix on Sunday (29/11).

The halo device was tested extensively at Cranfield Impact Centre during its development by the FIA (Federation Internationale de l’Automobile) prior to its adoption, and the issue of head protection in motorsport has been investigated in a number of MSc projects at Cranfield over the years.

Dr James Watson, Manager of the Cranfield Impact Centre – one of just two FIA-approved test centres in the world, used for crash-testing Formula One cars – said: “The halo device, along with other safety features on the latest F1 vehicles, has made a tremendous difference in protecting drivers in accidents. In the event of an accident, it is imperative to preserve the survival space around the driver and the halo device forms part of that critical zone.

“Prior to the introduction of the halo in 2018, we conducted compression tests on the device from various scenarios to establish its suitability. Static tests on the halo were taken to a load level that would be the approximate equivalent mass of five large typical SUV vehicles resting on the device. As with all safety devices in F1 vehicles, the halo is designed to reduce the risk of injury in as many accident types as possible.”

Clive Temple, Motorsport MSc Programme Director and Senior Lecturer at the Advanced Vehicle Engineering Centre, Cranfield University, said: “All of the ‘systems’ in the safety cell of a modern F1 car came into play in this one accident, from the driver’s fireproof clothing and head protection, head and neck support device, to the safety cell structure, impact structures, and, of course, the halo which was critical to Romain Grosjean’s survival. On our Motorsport Master’s courses we provide our students with an appreciation of the criticality of these systems through our taught modules and group design projects. Students can go even further by choosing to investigate structures, structural integrity and materials for their individual research projects.”