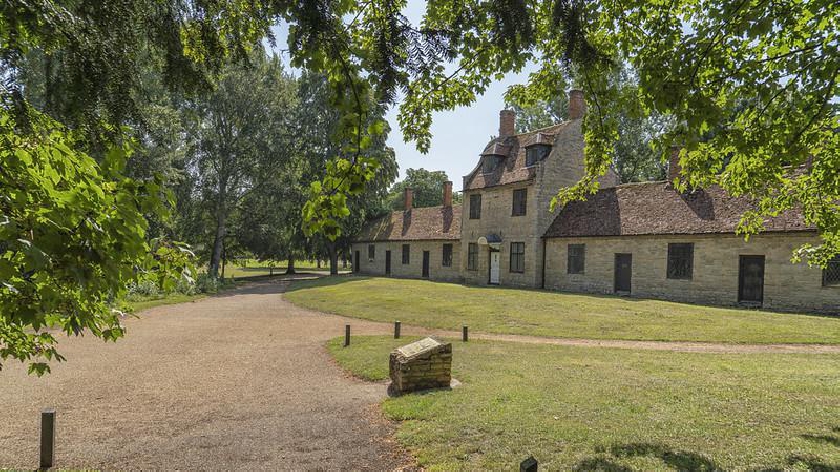 Great Linford Manor Park, owned by The Parks Trust, has a history that can be traced back to Saxon times. Many of its features date from the 17th and 18th Centuries, when the park was laid out to provide the setting to the impressive Manor House (a private property), that still provides the main focal point in the park today.

However, many of the park’s historic features are not well preserved or protected and awareness of the historic design has become eroded. The Parks Trust plans to restore and reveal the park’s important heritage to make it an even more attractive and interesting place to visit and thanks to National Lottery players, The Parks Trust have been awarded funding to do so.

Starting in early February 2020, contractors and Parks Trust staff will be removing several trees and shrubs from Great Linford Manor Park in the first stage of the restoration project. Some of the trees in the park are badly located or are in poor condition. The trees around the historic ponds, which are planned to be removed, are damaging the walls and structures and blocking valuable light from reaching the water and its wildlife. Although some of the trees may look old, in fact many are recent plantings (less than 50 years old) and did not form part of the original landscape.

James Cairncross, Project Manager says: “The removal of these trees is the first phase in this exciting project. Over the next year we will be re-instating many historical features characteristic of the 18th century, including the Hine Spring which feeds the ponds and replacing the small cascade between the ponds to allow water to flow again. We’re doing the tree works early in the year so to avoid disturbing birds which will start looking for places to nest in the Spring.”

As part of the National Lottery Heritage Funded project to ‘Reveal, Revive and Restore’ Great Linford Manor Park, The Parks Trust will also be restoring paths, cleaning the ponds, and improving the interpretation around the park to make it more accessible and interesting to its residents and visitors.

Whilst works take place, some areas of the park will be closed to the public. Please check The Parks Trust website for more information about closures and the project generally at www.theparkstrust.com/great-linford-manor-park