Cast of Christmas panto Jack and the Beanstalk at Milton Keynes Theatre revealed! 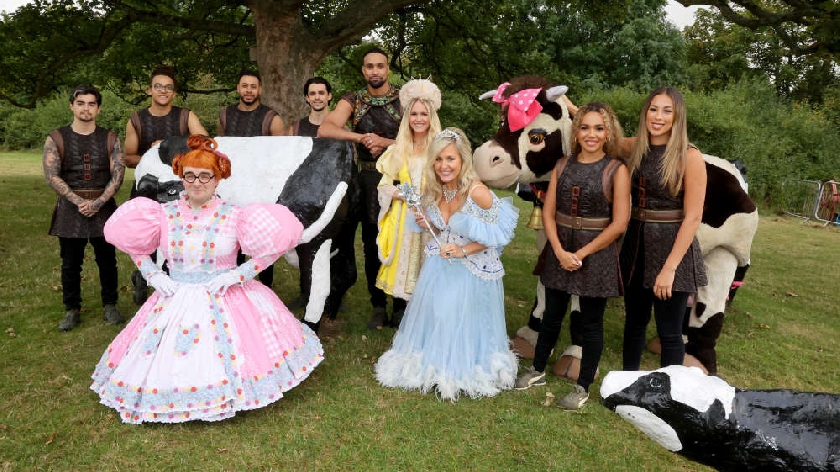 Image: The 2021 cast gathered together for the very first time at MK Museum

Milton Keynes Theatre has announced its stellar line up for this year's pantomime, 'JACK AND THE BEANSTALK', coming to MK on 11th December 2021 - 8th January 2022!

Headlining this year are Britain's Got Talent winners and Street Dance sensations Ashley Banjo & Diversity who will star as 'Jack and his siblings'. Joining them is comedian and magician Pete Firman as Jack's brother 'Simon', Laura Evans as 'Princess Jill', Daniel Boys as 'Fleshcreep', Jack Land Noble as 'Dame Trot' and returning after her run in 2018’s pantomime, Robin Hood, Gina Murray as 'Mother Nature'.

Emma Sullivan, Milton Keynes Theatre Director said today, "We are so excited to be announcing our full Jack and The Beanstalk cast! Panto season is such a special time for us all at Milton Keynes Theatre and we've missed it so much. We know this year's panto will be one to remember and we can't wait for audiences to see what we have in store". 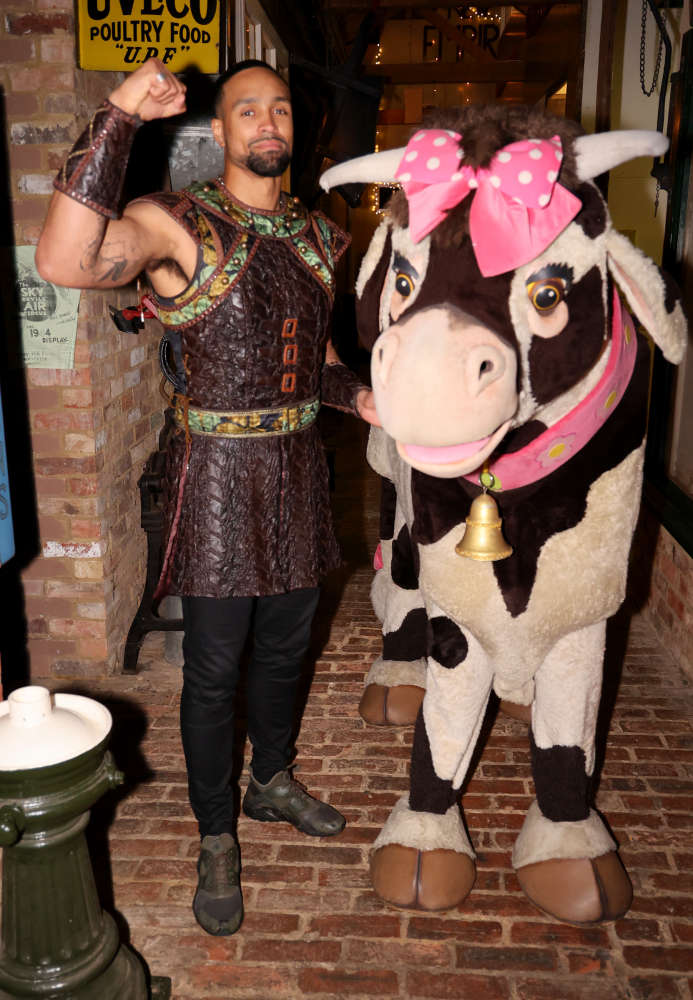 Ashley Banjo is a choreographer, creative director, presenter and founder and leader of dance group Diversity who have been a household name since winning 'Britain's Got Talent' in 2009. Ashley is well known for his television roles; he has presented, judged and produced many award-winning programmes including 'Britain's Got Talent', 'Dancing On Ice' and the Emmy and BAFTA award winning 'The Real Full Monty'. On the stage, having starred in the Olivier Award-winning production of 'Dick Whittington', this year will mark Diversity's fifth pantomime. Fellow Diversity members Jordan Banjo and Perri Kiely, the new Kiss FM Breakfast Show hosts will also be making a return to the stage in this year's production.

Pete Firman is the UK' s leading comedian and magician as well as a TV regular, most recently seen on 'The Next Great Magician' (ITV1), 'Tonight at the London Palladium' (ITV1), ' Let's Sing and Dance for Comic Relief (BBCl), 'Tommy Cooper Forever' (ITV1) and 'The Generation Game' (BBCl). In 2020 he presented CITV's smash hit immersive gameshow 'Don't Unleash The Beast', which returns for a second series at the end of 2021.

Laura Evans is best known for her role of 'Madison' in the hugely popular BBC TV series 'The Basil Brush Show '. Laura has also appeared in the movie ' lnAPPropriate Comedy' alongside Lindsay Lohan. Laura is also an accomplished singer-songwriter and previously played the lead role in the musical 'Nashville Live' which was a sell-out success in Australia & New Zealand as well as a UK and European sell-out tour. Several songs from her album have featured on American TV shows for MTV and CMT and her latest EP reached number 1 on the UK iTunes blues chart and made the top 50 in the US charts.

Daniel Boys is best known for his various roles in different musicals and his West End and London credits include 'The Boys in the Band' (National Tour and Vaudeville Theatre), 'Spamalot' (Playhouse Theatre), 'Avenue Q' (Gielgud / Noel Coward for which he won the Theatregoers Choice Award for Best Takeover in a Role), 'Grease' (Victoria Palace) and 'RENT' (Prince of Wales & National Tour). His television and film credits include' Life After Life' (BBC), ' Endeavour' (ITV), 'Nativity Rocks!' (Mirrorball Films),'Any Dream Will Do' (BBC) and most recently playing Rafe Vaughan in BBC's 'East Enders'. Daniel has also appeared in many pantomimes including 'Robin Hood' in Nottingham, and has appeared alongside Ashley Banjo & Diversity in 'Robin Hood ' and 'Aladdin' at The Cliffs Pavilion in Southend.

Jack Land Noble is a prolific actor, playwright, producer, director, musician and singer-songwriter. Original credits as writer, composer and director include 'Cheeky Bleeders', 'The Widows Club', 'Throbbin' Hood', 'Pearl's a Singer', 'Booze Brothers Part II: The Fat Pack!', 'The Booze Brothers', 'My Name Is Harry Worth', 'The Codfather', 'From Grimethorpe with Love', 'Barnsley Belles', the critically­ lauded 'Salford Belles' (staged at the Hope Mill Theatre as part of the Greater Manchester Fringe) and the 'musical-with-muscle' GRAPPLING (based upon the professional career of his grandfather, British 'World of Sport' wrestling legend Jack Land). Jack has a host of pantomime credits to his name and previously starred alongside Ashley Banjo & Diversity in 'Robin Hood' at The Cliffs Pavilion South end in 2019. 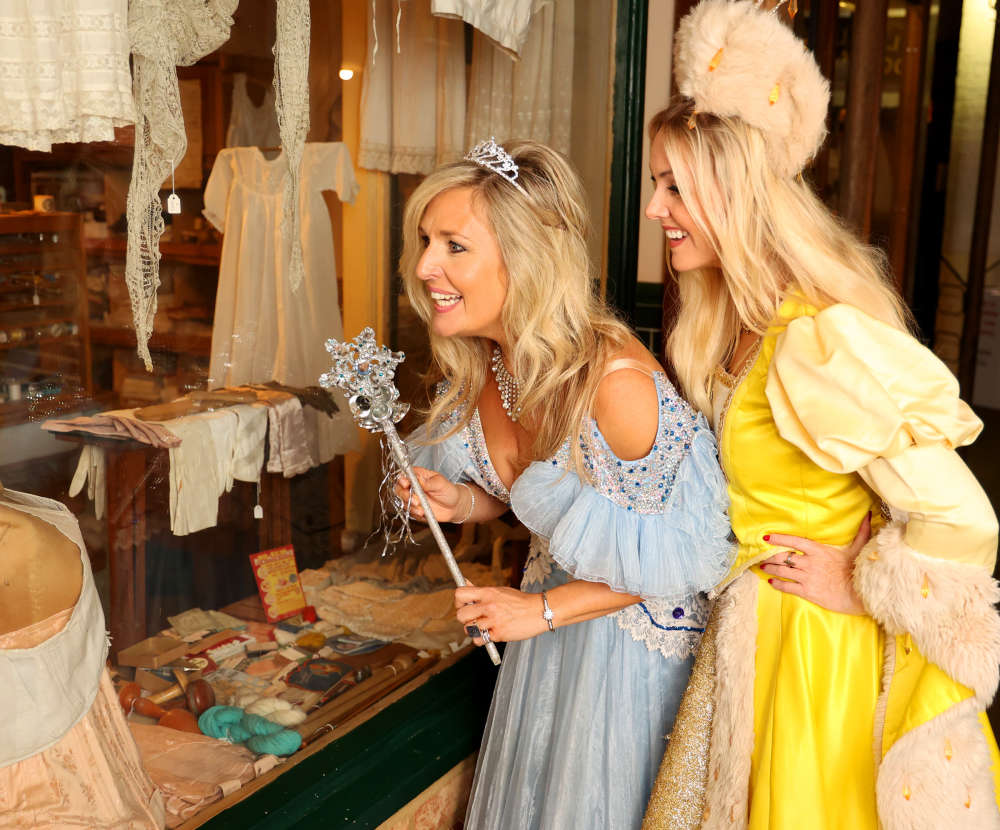 Gina Murray is a London-based actress and singer. She has played Mama Morton in 'Chicago' on the UK National Tour and in Singapore, having played her in the West End at the Cambridge Theatre in 2008 and then again, in 2009, and also on the China Tour. Other key theatre credits include; 'Hairspray' (UK tour), 'The Full Monty' (Prince of Wales Theatre), 'Fame' (Cambridge Theatre).

Follow Jack and climb a beanstalk of gigantic proportions to cloudland in this spectacular family pantomime. Doomed to sell his trusty cow, join Jack as he fights to save the beautiful Princess, outwit the evil giant and win riches beyond his wildest dreams, and the hand of the girl he loves.

Expect laughs, music, special effects, magic beans and bundles of audience participation in this giant of a pantomime! 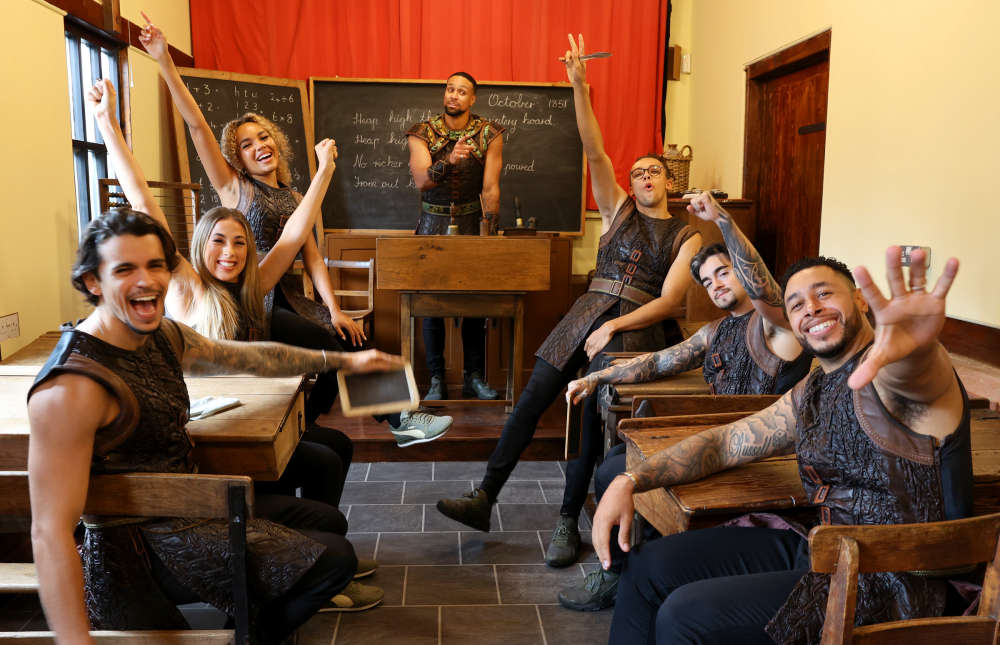