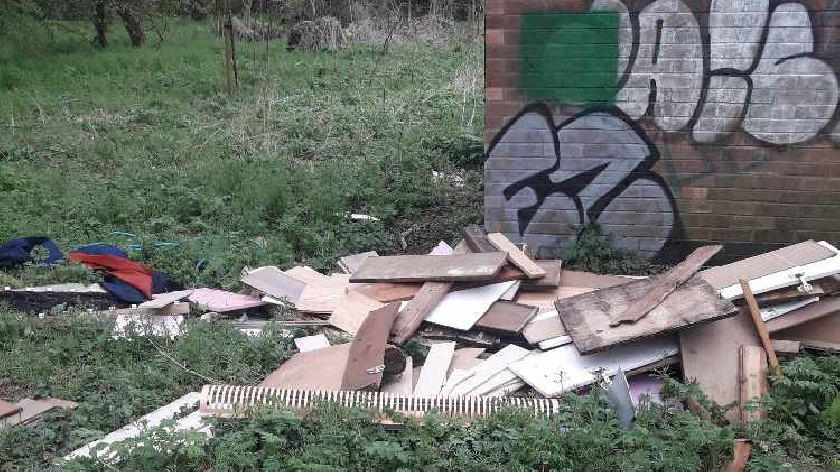 Fly-tipping in Milton Keynes has increased to 'record levels' in the past year, new data has revealed.

This is in line with national trends, as fly-tipping is up by over 300% nationally.

It has been a hot topic over the past year, especially when the rubbish tips were closed during lockdown, and the latest figures show that residents were reporting fly-tipped rubbish 20 times per day during March 2021.

There were 631 total reports of fly-tipping incidents during that same month, which makes it the worst month for fly-tipping this year so far.

Fly-tipping was a key aspect of political parties' manifestos in the lead up to the April local election, with the Conservatives pledging to "start a war" on fly-tipping.

However the Labour Group and the Lib Dems gained the most seats on Milton Keynes Council so now hold a majority administration, and the Conservative Group is calling the coalition to "get a grip" on the issue.

Cllr Alex Walker, Leader of the Conservative Group, said:“Fly-tipping came up on the doorstep a lot during the election and residents were rightly frustrated with the Council’s lacklustre and lazy approach to reducing fly-tipping in MK.

"The figures revealed from March are awful and Labour’s record on reducing fly-tipping in MK is nothing to be proud of.

"We promised to wage a war on fly-tipping in our campaign and the residents backed us, the new coalition must now get a grip on the issue before we see even more record-breaking months.”

Leader of Milton Keynes Council, Labour's Cllr Pete Marland, added: "The Conservative government has sat back and watched while criminals take advantage of inadequate laws that allow fly-tipping on an industrial scale, and stood by while the problem blights our communities. Indeed, local Conservatives continue to side with those doing the fly-tipping.

"In Milton Keynes, we have increased the levels of CCTV and we are prosecuting more people for this crime than ever before, and the new Progressive Alliance will soon be bringing forward even more measures to tackle this problem, but we also need the law on our side to stop this terrible national trend.”