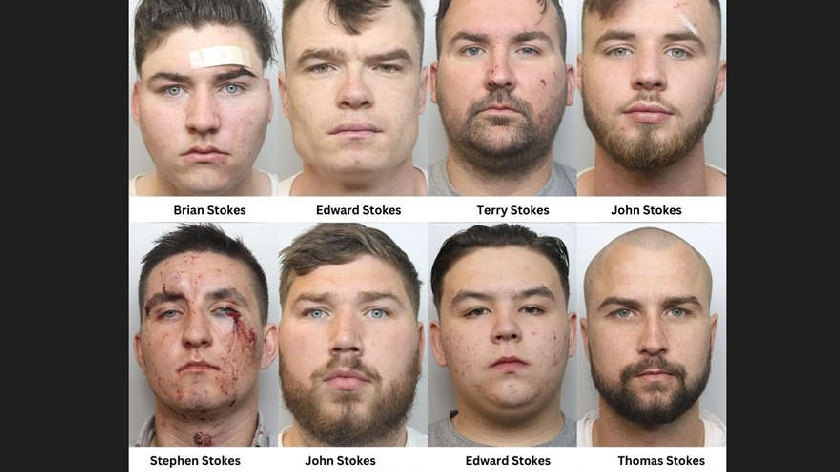 A group of men involved in a large and violent fight that occurred during a wedding party at a hotel in Runcorn have been sentenced.

The men, aged between 21 and 55, threw tables, chairs and glasses while inside The Daresbury Hotel.

They were amongst between 50 and 60 other guests who had all been invited to the wedding party on 26 June 2019.

The fighting began in the bar within the function room at around 11.15pm and continued up until midnight spilling out into different areas of the hotel.

At one point several of the men armed themselves with various items such as coat stands and fire extinguishers then made their way back to the main room to continue causing the disorder.

At approximately 11.35pm five officers were led towards the Alice bar where the fighting was taking place.

As they entered the corridor towards the function room glasses started to be thrown in their direction.

For their safety they returned downstairs to the reception area and requested further back up with equipped officers, including those armed with taser, to swiftly attend to the hotel to help assist with the level of disorder.

When they arrived several of the men inside the Alice bar and part of the wedding party were still fighting with other guests, continuing to throw items and waving curtain poles at one another.

Officers opened the doors to the function rooms and shouted for the people inside to come out of the room.

The fighting continued while police were there and didn’t stop until the men had been detained.

The men were taken into custody covered in blood and had injuries to their face and body.

After being interviewed the men were released on conditional bail while enquiries continued until they were charged and pleaded guilty to violent disorder.

Four of the defendants appeared at Chester Crown court on Monday 14 November to be sentenced:

On Wednesday 16 November, a further five were sentenced:

Detective Constable Sophie Davies said: “The disorder caused by these men in 30 minutes led to the function room, the items that were borrowed from a company as part of the wedding party and other areas of the hotel being completely destroyed at a cost of almost £15,000.

“The level of violence involved meant the officers who first attended to the hotel were unable to access the function room to bring the other guests, who were understandably shaken by what was happening, to safety due to having items thrown directly at them.

“The full extent of what happened was captured on CCTV footage from inside the hotel enabling us to see the full scale of the violence from start to finish and showed how much these men were intent on causing harm to each other as well as to others.”