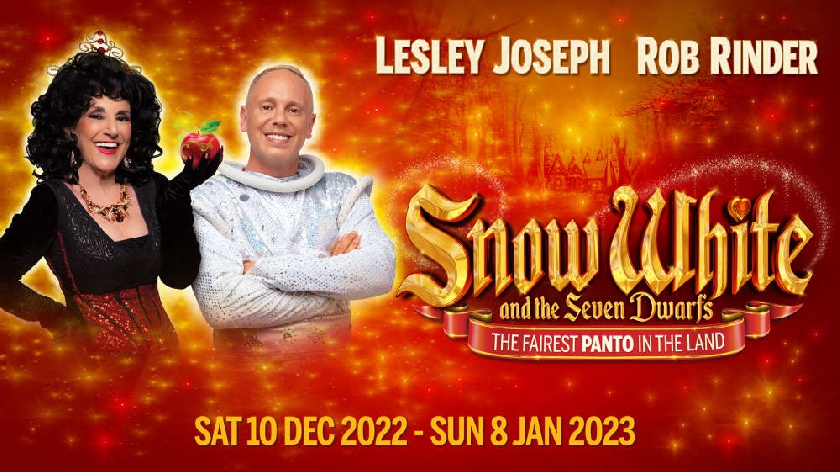 MKFM can exclusively reveal Lesley Joseph and Rob Rinder will star in the fairest panto of them all when Snow White and the Seven Dwarfs comes to Milton Keynes Theatre this Christmas!

Lesley Joseph will be heading from Chigwell to Milton Keynes this Christmas to star as The Wicked Queen in Milton Keynes Theatre’s pantomime, Snow White and the Seven Dwarfs. Lesley will be joined by Rob Rinder, who will be reprising his role as the mischievous The Man In The Mirror, after a critically-acclaimed panto season together last year in Bristol. 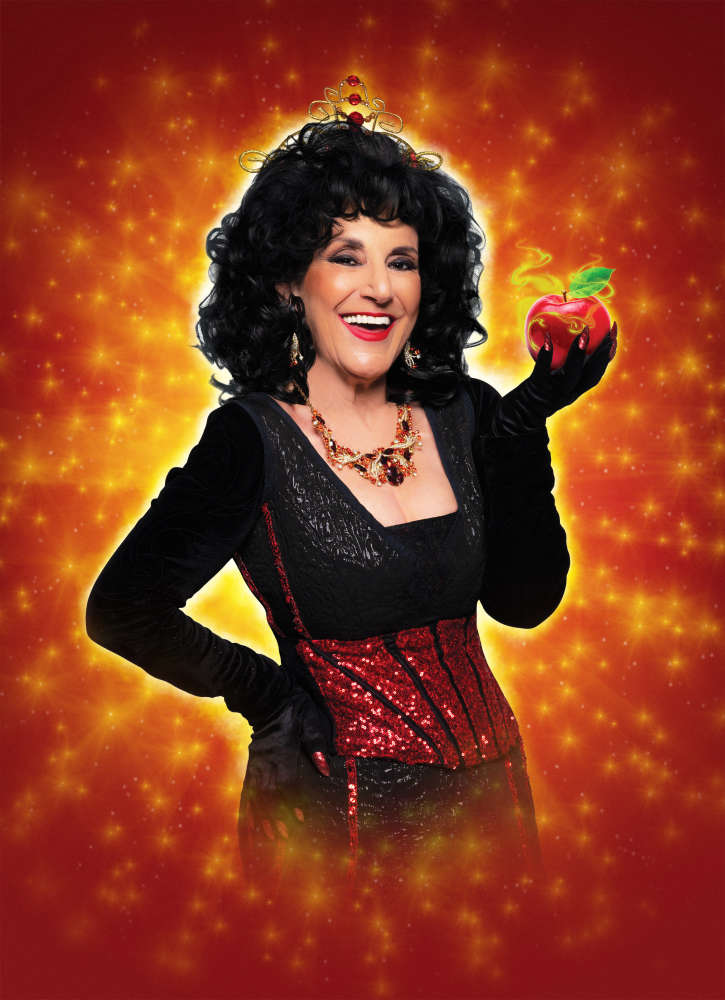 Birds of a Feather legend Lesley Joseph celebrates a career which has seen her appear on stage in dramas, musicals and reviews in the West End and across the UK and on every major television channel. Lesley starred as Miss Hannigan in Annie, Mrs Meers in Thoroughly Modern Millie as well as appearing in Home directed by Peter Hall. In 2018 she starred in the musical adaptation of Mel Brooks’ Young Frankenstein in London’s West End starring as Frau Blücher, a role for which she was nominated for the Laurence Olivier Award for Best Supporting Actress in a Musical. No stranger to pantomime, Lesley stars in productions to audience and critical acclaim every festive season.

Lesley Joseph said “I am thrilled to be appearing at Milton Keynes Theatre again as I played Miss Hannigan in the first ever production (Annie) at the theatre in 1999... I am also thrilled to be working with my friend Rob Rinder who was wonderful last year in Bristol… this should be a season to remember!” 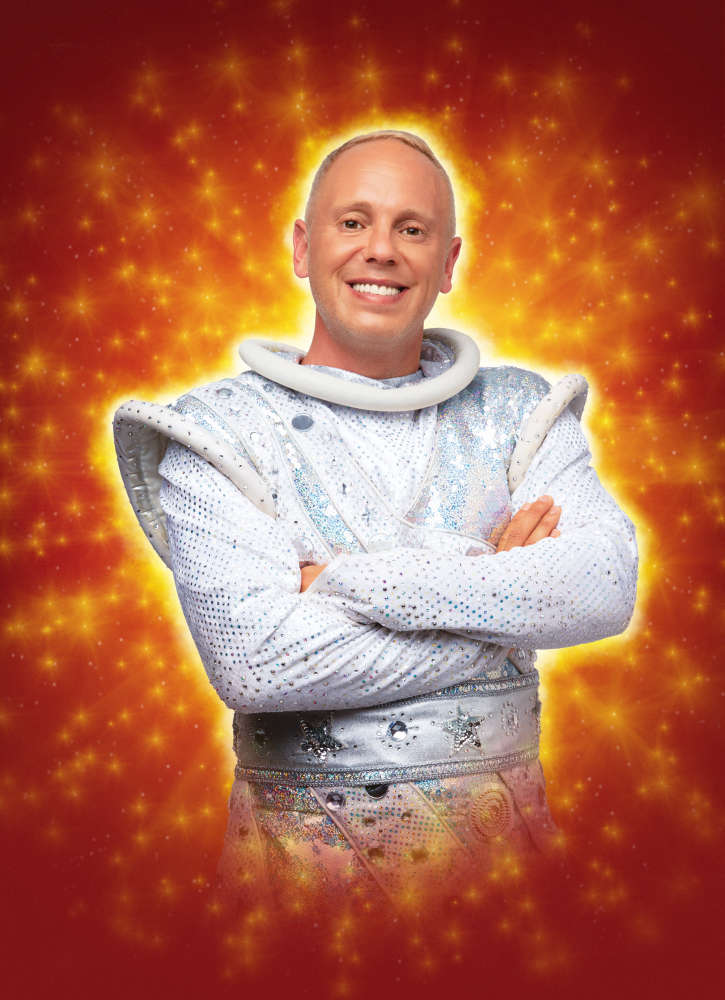 Rob Rinder has been presiding over cases in his TV courtroom since 2014 as Judge Rinder, and came fifth in the 2016 season of Strictly Come Dancing competing against Lesley Joseph. Rob was awarded a BAFTA for an episode of the BBC’s Who Do You Think You Are where he explored his Jewish heritage, and last year presented a critically acclaimed BBC documentary series My Family, The Holocaust & Me. Rinder has appeared on Celebrity Googlebox, was crowned winner of All Star Musicals and is a Columnist for The Evening Standard and The Sun newspapers.

Rob Rinder said “After last year’s joyous Snow White and the Seven Dwarfs, it felt terribly wrong to keep my magic mirror in Bristol... I’m delighted to be sharing my sparkling reflections with the people of Milton Keynes this year… Lesley Joseph’s Wicked Queen should Beware!”

Snow White and the Seven Dwarfs is staged by Crossroads Pantomimes, the world’s biggest pantomime producer, led by Michael Harrison and the creative team behind recent Milton Keynes Theatre successes including last year’s production of Jack and the Beanstalk.

Producer Michael Harrison said “Following the huge success of their panto partnership last year, I am delighted that we are able to bring the comic talents of Lesley Joseph and Rob Rinder back together for our Milton Keynes production. Audiences are in for a real treat with this magical version of the classic fairy-tale, which will feature breath-taking effects built especially for us by The Twins FX, and plenty of panto fun for the whole family.”

Audiences can look forward to a show spectacularly brought to life with an abundance of side-splitting comedy, sensational special effects and plenty of festive magic.

Further casting will be announced later in the year.

Emma Sullivan, Milton Keynes Theatre Director said “It only seems like last week we were saying goodbye to the cast of our hugely successful panto Jack and the Beanstalk, so we’re thrilled to announce our 2022 panto stars so early in the year! We can’t wait to meet Lesley Joseph and Rob Rinder, and have no doubt they will put on a brilliantly entertaining show for us all”

Snow White and the Seven Dwarfs begins its spirited adventure at Milton Keynes Theatre from Saturday 10th December 2022 until Sunday 8th January 2023 with tickets from £13.

For more information, or to book, visit ATGTICKETS.COM/MiltonKeynes

Hear the moment Darren and Lia exclusively revealed the cast of Snow White and the Seven Dwarfs on the MK Breakfast Show this morning (17/03) below.