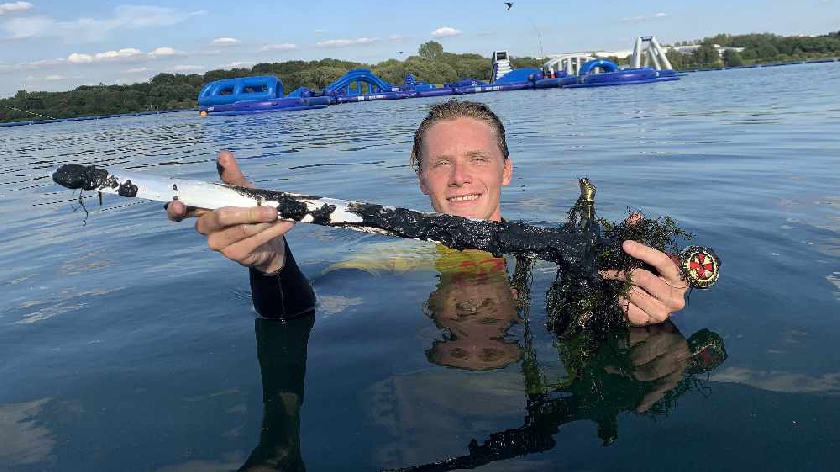 Last Friday, staff working at Willen Lake in Milton Keynes made an extraordinary discovery – what they believe to be an ‘ancient’ sword.

Cassius Whiley-Morton from Aqua Parcs felt a solid object hit his foot when clearing the park on Friday 23 August at approximately 8.20am. Cassius said: “I looked down and could see something reflecting the light from the surface so I reached down and felt something solid and heavy.”

Cassius held onto the side of the inflatable park and with one motion, drew the object from the bed of the lake. To the shock of the staff, they saw it was an ‘ancient’ sword, almost perfectly preserved.

He added “I couldn’t believe it; I’ve worked on the lake all summer and have never come across anything like this. It was clearly visible from the surface so the undercurrent must have dislodged it from somewhere beneath. My colleagues said it was like a scene from the Lady of the Lake tale, and now the they have nicknamed me King Arthur, so I have called the sword Excalibur.” 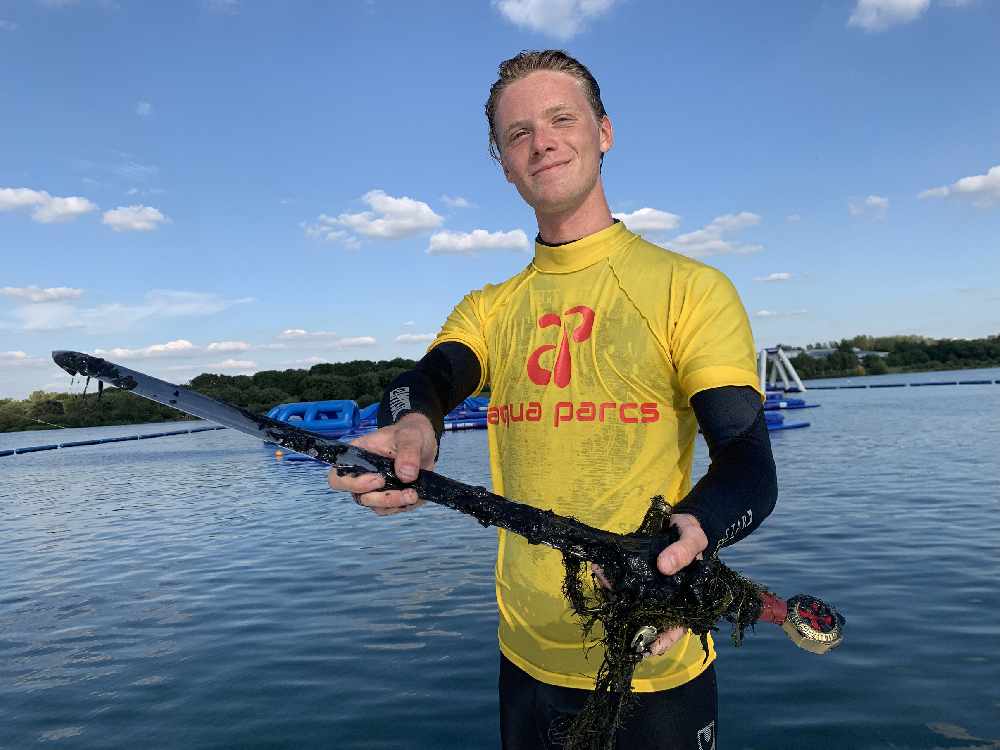 Aqua Parcs co-owner, Joe Grix has contacted the Natural History Museum to inform them of the find and hopes they will be able to help establish the sword’s age and what century it dates back to. Joe said: “I received a call from Cassius and thought he was winding me up but I reluctantly came down to the water edge to see for myself and could believe what he’d found. It’s exciting to think that this could date back hundreds of years.”

The find has already attracted people to the lake with metal detectors in search of further potentially historic findings in Willen Lake.

The sword is currently locked in a safe location.

Connect with Aqua Parcs on social media at: