Don’t let them overlook us, we can’t put curtains up,” says homeowner in planning battle 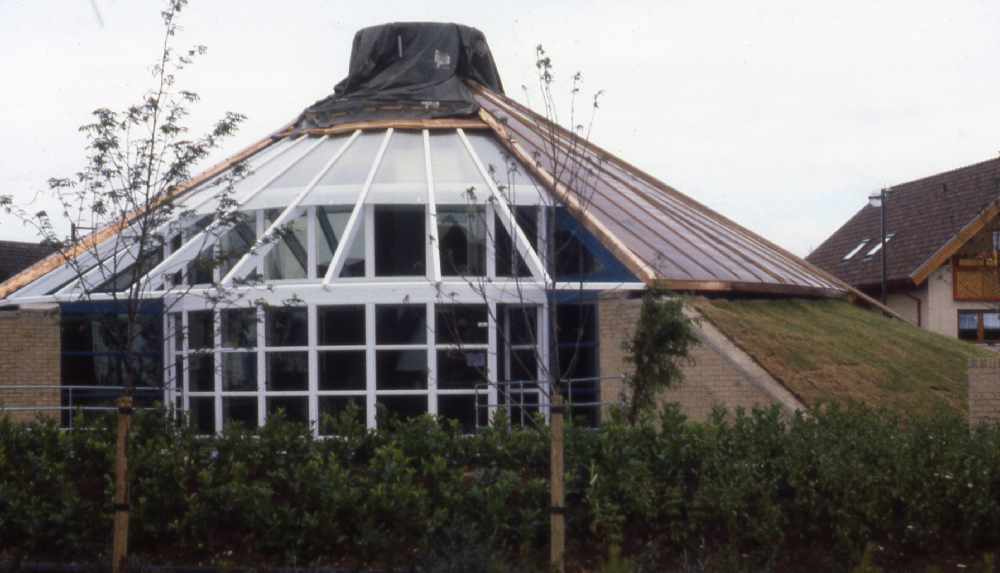 The homeowner who says curtains can’t be put up at his experimental house has appealed for Milton Keynes councillors to reject a neighbour’s extension because they’ll be able to see into his bedrooms.

The open plan and glass dominated Roundhouse, in Rutherford Gate, Shenley Lodge was a part of the 1986 Energy World exhibition involving 51 homes with then groundbreaking low energy features.

“There’s no possibility of erecting blinds or curtains,” said Terry Fuller of the Roundhouse, at Thursday’s Development Control Panel. “In fact in 15 years we have not needed them, because we are not overlooked.”

But now one of Mr Fuller’s neighbours has applied for two storey rear and first floor side extensions and internal alterations at their home on the other side of the redway in Rutherford Gate.

Mr Fuller said: “The application would create a giant viewing platform, looking directly into our house.

He added:  “It would be a massive intrusion into our privacy with sight lines into every aspect of our lives, day and night. Our house is a unique architectural classic, used by many of the agencies to promote Milton Keynes as an exciting place to live.”

He said the house uses the energy from the sun and there was “no way we could put up any curtains, blinds”. And Mr Fuller said any overshadowing would affect the way the house works. The house is designed to be south facing, with no curtains or blinds.

The panel of five councillors heard that a right of reply was declined on behalf of the applicants, Mr and Mrs Bharambe.

Council planning officers had recommended approval for the neighbour’s plans, saying they were acceptable. The plan had been called in for the panel to make the decision on the recommendation of ward Cllr Peter Cannon (Lib Dem, Shenley Brook End).

But councillors had different ideas.

Panel chairman Cllr John Bint (Cons, Broughton) said he was concerned about the plan’s impact on a historically significant house, where normal mitigation methods were not possible.

And Cllr Terry Baines (Cons, Campbell Park and Old Woughton) said he wanted a heritage assessment carried out and a report presented by the council’s heritage team.

The panel agreed to visit the site of the proposed extension and deferred the decision, intending to make their minds up at a later date.