Detailed plans for The Point replacement approved by council officers 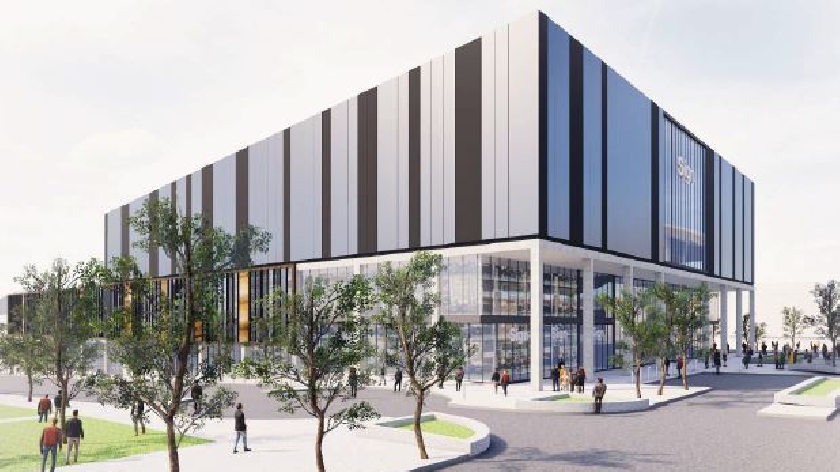 Design proposals for the building that is set to replace an iconic Milton Keynes landmark have passed muster with council officers.

The Point building in Midsummer Boulevard was the first multiplex cinema in the UK when it opened in 1985 but it  became outdated and the principle of its demolition was approved in 2015.

The Point is owned by Hammerson, which carried out extensive consultation with the public over what will replace the iconic former cinema building.

With a black and white vertical stripe design, the new building has already been dubbed “The Piano” by local development watchdogs, Xplain.

The latest set of proposals included plans for floorspace, public art, and in a signs of our times, a scene to mitigate against the possibility of terrorist attacks. These include metal posts, and concrete blocks designed to look like seats.

Council officers have approved the proposals by using their delegated powers, without the need to take it to a committee.

When MK Council’s Development Control Committee last discussed The Point, in March, committee members expressed fondness but were keen to see the deed one.

Committee chairman Cllr Keith McLean said at the time with everything happening in the city centre, including the new YMCA building, a hotel, a new office block, the pending new university and central multi-storey car park, MK was becoming a “vibrant city centre.”

“The Point does not look so good now,” he added. “It is a really good outcome.”