Defence of the right to home educate in Milton Keynes 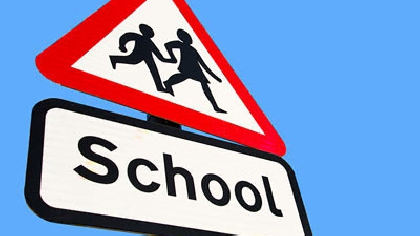 A councillor whose wife has taken all eight of her children through home schooling has defended the right of parents to reject traditional education.

“We have eight children who have all been home educated by my wife,” said Cllr Terry Baines, who is Julie’s second husband. “From the age of five to 25 I was institutionalised, and in the Army. I am 100 per cent behind home education.”

The Children and Young People’s Scrutiny Committee was told on Wednesday that at the end of January, some 280 children were being educated at home in Milton Keynes.

That overall figure has been increasing over the years but there have also been 67 in this academic year so far who have returned to school.

Although he said MK Council’s approach to the issue is good, he wants to guard against the authority becoming heavy handed in its approach. He says in other areas of the country some parents have been declining to register births.

“Parents are responsible for the education of their children. They have the right to home educate,” he said. “Local authorities have no right to information.”

Milton Keynes Council does ask home educators for information but councillors were told that it is in the context of making sure that children are being properly looked after, not to take away parents’ rights.

“Our eight children are all doing very well from being home educated by Julie. Home education has its place and I do not want to see the high hand against people who home educate for a reason.

“There are good reasons. Some children are being held back in schools, which are trying to equalise children with different skills and this does not work.

“I don’t want to see reports of safeguarding issues being made to make sure they are brought back into the fold.”

But Cllr Jane Carr, who is a social worker and children’s guardian, said in some places, like Luton, girls are being withdrawn from schools to prepare them for arranged marriages.

She added that there needs to be more contact with home educator parents because the children could be missing out on experiences like voting for the MK Youth Cabinet.

And Cllr David Hopkins, a school governor, said the council was concerned about safeguarding children. “If they are doing a good job, they have nothing to fear from contact with the council,” he said.

Cllr Norman Miles said: “We want to get the balance right but it is very, very complicated.” He said there were two large, organised groups of home educators in Milton Keynes, as well as another smaller one.

Simon Sims, MK Council’s acting head of service for education sufficiency and access, said the council had seen success in working on some underlying issues persuading parents to home educate.

In his report he said: “We would always want the decision for children and young people to be home educated to have been made as a positive choice and not because parents fell they have no alternative.”

The committee agreed with chairman Cllr Sam Crooks, that the council has got the issue ‘just about right’ but they see a need to communicate with home educators to offer ‘mentoring and networking.’

The committee’s report will be sent to the council’s cabinet and full council.