Cyclists to ‘zoom’ around Europe for Willen Hospice 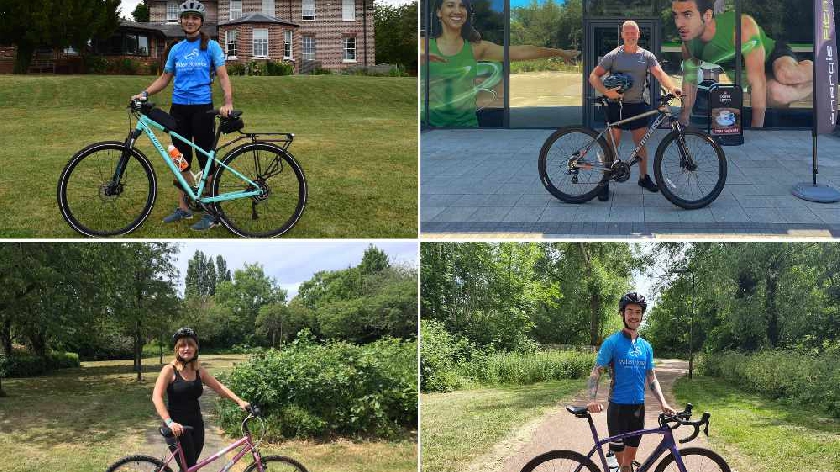 Willen Hospice is inviting people from MK and beyond to get on their bikes and take part in their Cycle Europe Virtual Challenge - powered by energie Fitness MK.

The aim of the challenge is to collectively clock up the equivalent kilometres it would take to cycle around Europe, in just three days.

Starting on Saturday 27 June and finishing on Sunday 28 June, cyclists taking part in the challenge will be going ‘through’ 13 countries, working together to complete 11,300km or more. Anyone can take part, from pros to families, outdoors or indoors; it’s the distance that matters!

To take part, just visit the Willen Hospice website www.willen-hospice.org.uk/cycleeurope, and fill in the registration form. Participants choose their starting time, and enter the distance they hope to complete. Once registered, there will be instructions on how to connect Strava to their Fundraising Page. The kilometres recorded will be plotted on a map of Europe over the three-day event for everyone to see.

Entry costs £15 per adult, £8 per child, and there’s also an additional option for groups/clubs to enter so they can cycle at the same time.

The virtual adventure will be hosted on Zoom, with the help of the team at energie Fitness MK who previously supported the successful 48 Hour Relay Run in April. Cyclists will be invited to log on before and after their ride to share their distance, have a chat with the team, and meet new cyclists during these isolated times.

Tracey Jago, Events Manager, said “At this time of year we’d usually be preparing to host a packed summer of events, but unfortunately they have had to be postponed or cancelled in light of Covid-19. This means we’ve had to be quick to think up new virtual events to raise money, and fund the Hospice which is still running 24 hours a day. We are really excited about this event, and have a few tricks up our sleeves to bring Europe to our participating cyclists.”

Rob Francis, owner of energie Fitness MK said, “We had so much fun with the virtual 48 Hour Relay Run in April which raised over £14,000 for Willen Hospice in just one weekend.  We are looking forward to doing this again, but this time with an epic cycling challenge.

“Like many businesses, the energie Fitness MK gym in Kiln Farm has been hit hard by the Coronavirus crisis, but just by embracing technology, we’ve still been able to run virtual classes for our members. This experience has puts us in good stead to support Willen Hospice with this virtual event, which I hope will get people out exercising on their bikes in a fun and safe way, while raising much-needed funds for a charity that’s close to so many people’s hearts.”

Willen Hospice is predicting a loss in fundraising income of up to £2.5M this summer due to the closure of their shops and cancellation of fundraising in the community. By taking part in this cycling challenge, and getting as much sponsorship as possible, the charity can continue to care for people at the end of their lives, or with life limiting illnesses.