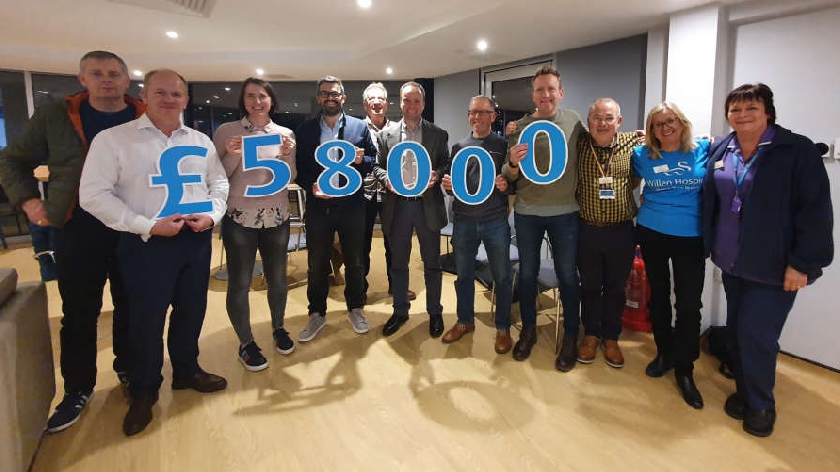 A group of 31 local cyclists took on the challenge to cycle from Paris to Nice in September, raising an incredible £58,000 for the charity

The seven-day challenge, organised by Willen Hospice, followed a 650-mile route from the French capital, through the picturesque Maurienne Valley, finishing at the seaside city of Nice. The cyclists were not only put to the test with the amount of miles they had to cover each day but they also took on three unforgiving Tour de France climbs, Col de Saint-Jean, Col du Galibier and Col du Telegraphe.

The charity were delighted to invite the cyclists and support crew to a thank you evening this week to celebrate the group’s achievement and to announce the total amount raised.

Dawn Clark, Willen Hospice Challenges Fundraiser and part of the support crew, said “This was a fantastic challenge which really pushed and rewarded the cyclists. Not only should they be proud of themselves for conquering the Paris to Nice ride, but they should also be incredibly proud of the amount they managed to raise for Willen Hospice. This money will help us to continue providing specialist, compassionate care for local people affected by a life-limiting illness.

Willen Hospice needs to raise £5.9 million a year, that’s £11 a minute. To do this they rely on the support from the local community. The charity’s next challenge will be a Mt. Kilimanjaro Trek departing 25th January 2024. A free information evening is being held on 8th November, 6 – 7.30pm at the Hospice to explain more about the challenge. Find out more at www.willen-hospice.org.uk/Kilimanjaro.