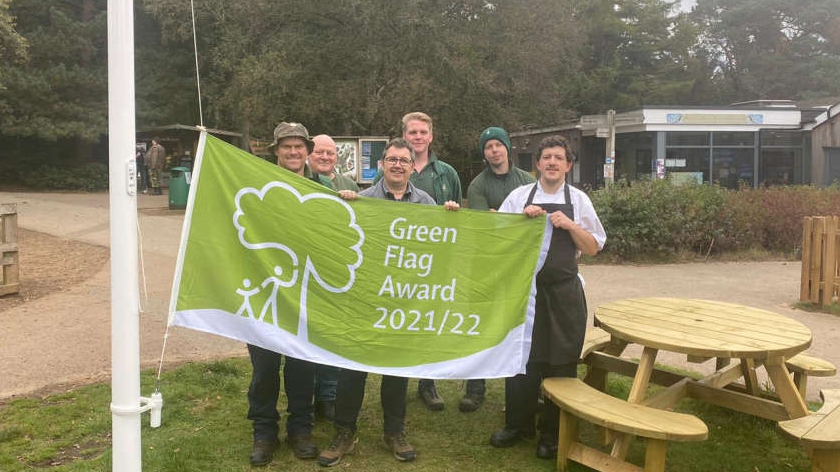 Rushmere Country Park has once again been named one of the country’s best parks for the second year in the row.

Commenting on the news that Rushmere Country Park has achieved the Green Flag Award standard for the second time, Greensand Trust Chief Executive Gill Welham said: "We're delighted to see the hard work of our staff and volunteers recognised in this way given the increased pressure the site came under during the pandemic and the enormous challenges this created for the team.

"The park remained available for local people to enjoy throughout, providing exercise and outdoor recreational opportunities during lockdown and this award is a real credit to the the Rushmere team."

Green Flag Award Scheme Manager Paul Todd said: “I would like to congratulate everyone involved in making Rushmere Country Park worthy of a Green Flag Award.

"To meet the requirements demanded by the scheme is testament to the hard work of the staff and volunteers who do so much to ensure that Rushmere Country Park has high standards of horticulture, safety and environmental management and is a place that supports people to live healthy lives."

The Green Flag Award scheme, managed by environmental charity Keep Britain Tidy under licence from the Department for Levelling Up, Housing and Communities, recognises and rewards well-managed parks and green spaces.