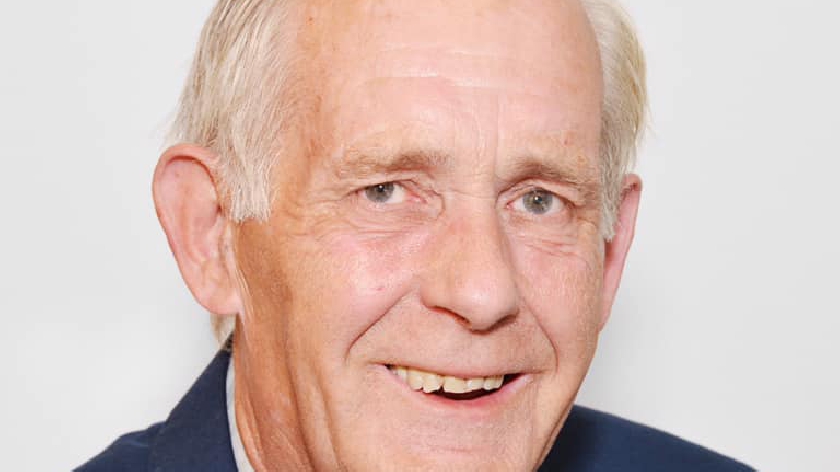 Cllr Wilson, who had represented Woughton and Fishermead ward, died on May 7, just days after the MK Dons, a club he helped to bring to Milton Keynes, gained promotion back to football’s League One.

Cllr Wilson, who lived in Eaglestone, was the first leader when the council became a unitary authority 22 years ago. He had also been so committed to his Labour cause that he had been helping his party during the local election campaign.

Speaking at the council’s annual meeting on Wednesday, current leader, Labour’s Pete Marland described how Cllr Wilson, a local teacher and a grandfather, had been a giant of the local Labour party but he always put his family first.

“He was first elected in 1978 and served the city for over 40 years,” said Cllr Marland. “He was a visionary and he was so proud to know that the Dons had gone up. He was a season ticket holder and he loved it there.”

He was also responsible for the creation of a network of parish councils across Milton Keynes, and “fought for Woughton and the Woughton community”.

“MK will miss his ability to say the right thing. Few people in life are are cast in the mould he was cast in.

“The best way to remember him is to look at that stadium and think that’s what we can do. Thank you Alderman Kevin Wilson.”

Cllr Wilson had taught Alex Walker, who went on to become a councillor and is now leader of the Conservative opposition group at MK Council.

Tory leader Cllr Walker said Cllr Wilson was “the best MP we never had”, adding that the news of his death had been felt by everyone in the Conservative party.

“He facilitated my career lift off moment,” he added. “In 2009, with the 2010 election coming, he invited the then local Labour MP Dr Phyllis Starkey, and only her, to talk about the election.

“He invited us all to ask two questions. I asked her what she would do when she lost the election. Kevin did not let me ask a second question!”

And he added: “To say he was a giant of local government does not do him justice. Wherever you are now Kevin, I miss you, and we miss you.”

Cllr Vanessa McPake, a long-serving Liberal Democrat, had been a fellow smoker, and fan at the MK Dons. She said she often shared the “naughty corner” at the Dons with Cllr Wilson, when they chatted as they smoked together.

They would talk about football and grandchildren, but never about politics, and even when Cllr Wilson gave up smoking, he would still go out for a chat.

“We will always remember Kevin as a person who cared about people,” she said.

A book of condolence is open for comments for the family of Cllr Wilson, at the reception area of MK Council, in Saxon Gate.