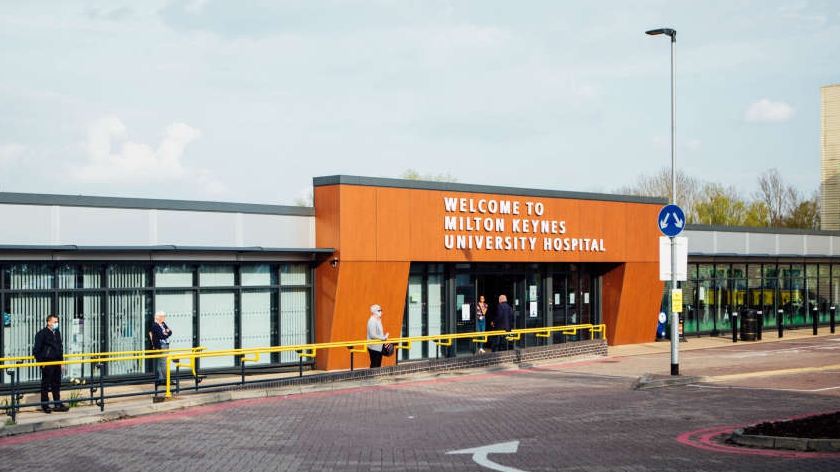 Milton Keynes has been classed as a high HIV prevalence area and now local councillors are calling for 'opt-out' testing at MK Hospital.

Terrence Higgins Trust, the UK’s leading HIV and sexual health charity, believes that an opt-out approach to HIV testing is crucial for achieving the Government’s goal of ending new HIV cases by 2030.

The leading cabinet members have acted after the results of the first 100 days of opt-out HIV testing in areas classed as having ‘very high’ HIV prevalence were released, including for areas including London, Blackpool, Brighton and Manchester.

In just 100 days relevant A&Es diagnosed 102 people with HIV, as well as finding a further 60 people who knew they were HIV positive but weren’t engaged with services.

Those diagnosed via opt-out testing in Accident & Emergency were more like to be heterosexual, women and of Black ethnicity than those diagnosed in sexual health departments.

These results mean the initiative has already paid for itself as those with undiagnosed will likely present with a complication relating to HIV at a later date – and add additional cost to the health system.

But currently there is no funding or a plan for tackling undiagnosed HIV in the next tier of need where prevalence is high, including for Milton Keynes.

Councillors Carr and Darlington said: “There are over 5,000 people living with undiagnosed HIV in the UK – and Milton Keynes is a high HIV prevalence area. This calls for a tried, tested and overdue approach to be adopted in the city – opt-out HIV testing in our local hospital.

"That’s why we have written to the health secretary to call on central government to listen to the evidence, fund routine HIV testing in our Emergency Department and protect local people’s health.”

Richard Angell, Campaigns Directors at Terrence Higgins Trust, said: “As World AIDS Day approaches, we need to remember those 38 million people domestically and globally that have been lost to an AIDS-related illness and redouble our efforts to end new cases of HIV. Get it right and we could be the first country in the world end new HIV transmissions. A crucial part of that is increasing HIV testing and we urgently need that to be expanded to places like Milton Keynes and all other areas with a high prevalence of HIV.”