Could Milton Keynes face a hosepipe ban? Anglian Water responds to declaration of drought across the region 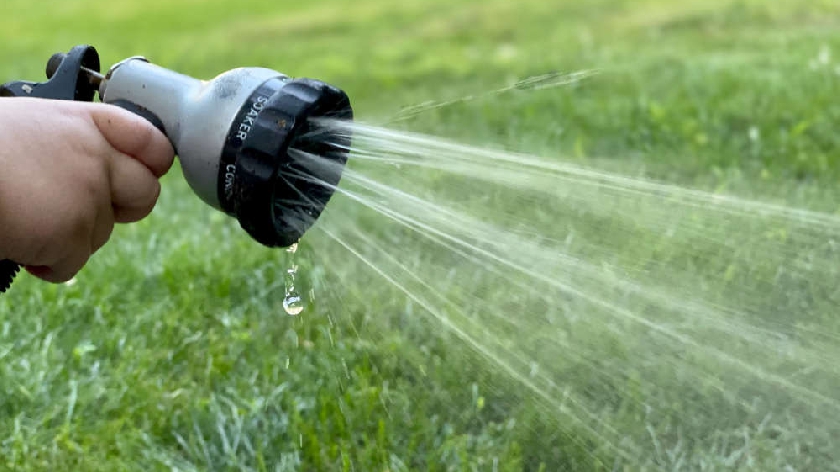 Droughts have been declared in parts of England today, including the Anglian Water region that covers Milton Keynes.

The region covered by the water company, which includes Milton Keynes, has received just one fifth of the rain expected during July.

Despite the declaration of drought in the region, Anglian Water insist that there is still no need for a hosepipe ban this summer.

Ciaran Nelson, a spokesperson for Anglian Water, said: “Today’s declaration of drought across the region we supply serves to underline the seriousness of the situation. But because of the investments we’ve made and the support of our customers, we still do not envisage needing a hosepipe ban in our region this summer."

Despite the lack of rainfall, Anglian Water says that there is currently no plans in place for a hosepipe ban, with local reservoir levels still around 80% full.

“Over the last decade we’ve spent hundreds of millions improving resilience. Schemes like a new water treatment works for Lincoln, massive engineering schemes that mean we can move water all the way from Rutland to Milton Keynes, and the creation of additional back-up supplies for Norwich, have all helped," Ciaran said.

“Schemes like this mean we’ve been able to keep our reservoirs topped up to around 80%, and to reduce the pressure on our underground aquifers which are about average, or just below, for the time of year. Just 5% of the water we use comes directly from rivers.

“The resilience we’ve created, combined with the best leakage record in the industry and 90% of our customers having meters, means we’re able to manage drawn out periods of intense hot weather. We can’t ‘make more water’, so we must do all we can to look after what we have.

“Just because we don’t have a hosepipe ban, though, doesn’t mean people can be reckless with water. The less we and our customers use, the more can be left in the environment.

“That’s why, earlier this year, we reduced the water we take from the River Nene so farmers and nature reserves downstream could use more. It’s why we have some boreholes turned on right now, pumping water straight into critical rivers rather than putting them into drinking water supply. And it’s why we’re talking to the National Farmers Union (NFU) to look for more ways we can help.

“We live in the driest part of the country: it makes sense to save water all the time.

“We prepare detailed drought plans for scenarios just like this. If we reach the point of needing a hosepipe ban, we won’t hesitate to introduce one. But we’re not at that point right now.

“We should expect more summers like this in the future. That’s why we’re building a 400km, half-metre-wide pipe to bring water from the north of our region down to the dry south and east. It’s also why we’re planning for two new reservoirs, one in Lincolnshire and one in The Fens.

“I’d like to say a heartfelt thank you to our customers for helping us make the East of England one of the most water efficient parts of the country. The job isn’t done, but with the help of our customers and the team at AW, we’re making good progress.”