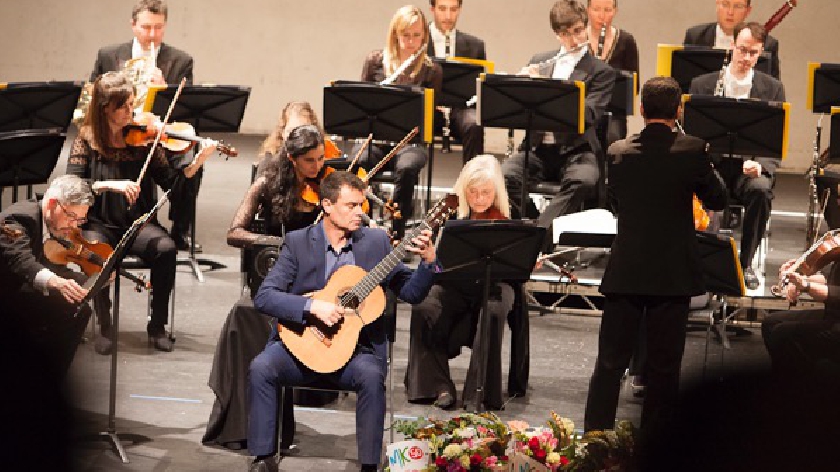 Craig played to a full house when he last performed with MKCO in the 2017 celebrations for MK 50. Tickets are selling fast for his next performance in January where he will play another Rodrigo piece, Fantasia para un Gentilhombre. Rodrigo originally wrote his Fantasia based on Spanish Dances for the great guitarist Andrés Segovia, this work is guaranteed to thrill the audience as the Classic FM star brings great personality and spirit to his performance.

One of the UK’s most recorded guitarists, Craig’s recordings for Virgin/EMI, Chandos, Nimbus, Hyperion, Sony and Classic FM have received wide acclaim. Craig’s five Classic FM albums all shot straight to No.1 in the UK classical chart and he is one of Classic FM’s most played artists.

Under the baton of World-Class Conductor Damian Iorio, MKCO will open the programme with Mozart’s Overture from Don Giovanni, Craig will perform as the centrepiece and the programme will close with the beautiful Schubert Symphony No.2.

Chairman of MKCO Marian Livingstone said,” We are encouraging top names such as Craig Ogden to regularly play with our orchestra in Milton Keynes, ensuring an outstanding and quality classical performance from musicians with an international following. This is a concert truly not to miss and a great start to 2019 as MKCO plays a pivotal role in the cultural needs of MK.”