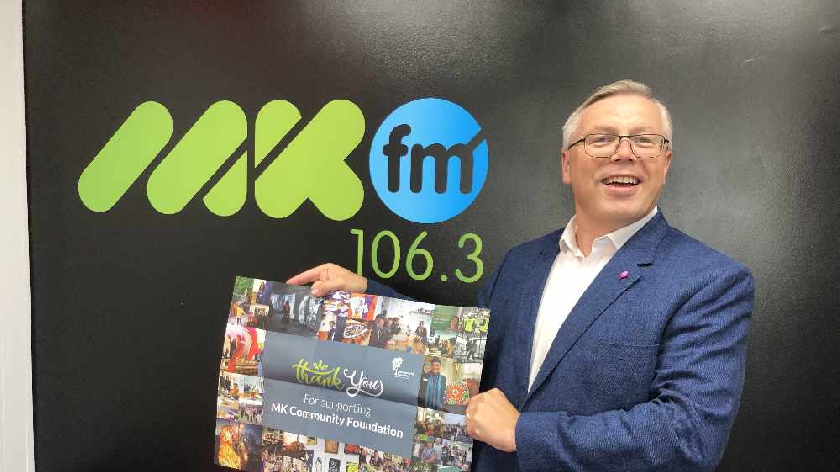 A charity chief says he had tears in his eyes over the way the people of Milton Keynes responded to the pandemic.

Ian Revell, the chief executive of MK Community Foundation, told a council committee that it had raised a massive £1.24million since the start of the COVID-19 crisis almost a year ago.

“What a wonderful diverse community we have in Milton Keynes,” said Mr Revell at the covid task and finish group on Tuesday.

“Truly, it’s brought tears to my eyes to see some of the things that have been happening in our community.

“The foundation and myself we salute all these people that have given so much money and most importantly voluntary time.”

He added: “They’ve made so much positive difference. It’s a community bedrock that we can build our recovery from.”

“We have been unique in raising the lion’s share from our communities,” he said.

The foundation was given £50,000 by the council at the start of the pandemic to respond to the emergency, and another £100,000 for the recovery phase.

Mr Revell said the foundation streamlined its red tape and changed its processes to get the money out to vulnerable people and marginalised communities as proactively as possible.

Mr Revell said he wants to see £1million of the cash given out by the end of this month. It has already paid out a total of £884,985, he told the group.

“We are making a final push to get £1m distributed by the end of the month, especially some of the funds with deadlines,” he said.

“We don’t like giving money back, so we are going to try our damnest to get that spent.”

The community foundation has a range of case studies on who has received the money and how they have used it on its website at https://www.mkcommunityfoundation.co.uk/about/

It will be celebrating its 31st anniversary in the city this June and plans to publish a full report about the impact its funds have had on the city.

The information given by Mr Revell and a range of witnesses helps the covid task and finish group make recommendations that can improve the city’s response to future emergencies.