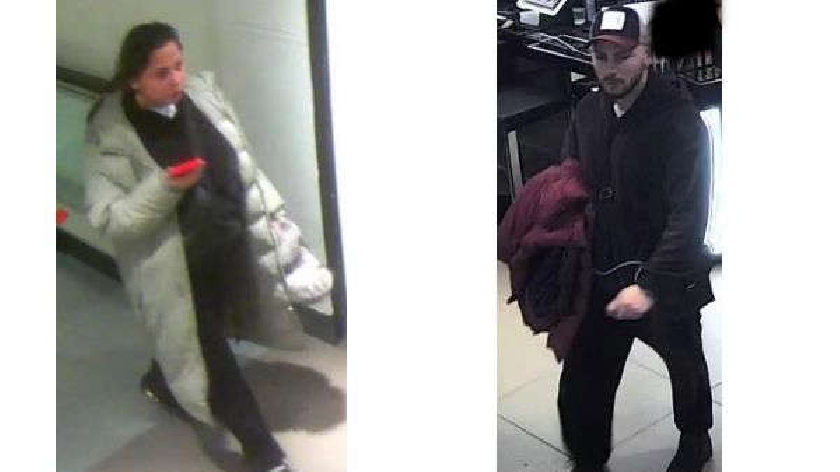 Thames Valley Police is releasing CCTV images of a woman and man officers would like to speak to as they may have vital information regarding an incident of distraction theft in Milton Keynes.

The incident occurred around 4.20pm on Thursday (19/1) in John Lewis, Centre MK. The victim, a man in his eighties, was asked by two offenders to take a photo of them, as the victim did this, his wallet was stolen. The wallet contained an amount of cash and bank cards.

Investigating officer PC Stuart Folwell, based at Milton Keynes police station, said: “We would like to appeal to anybody who recognises these individuals in these images to please get in touch as they may have vital information about this incident.