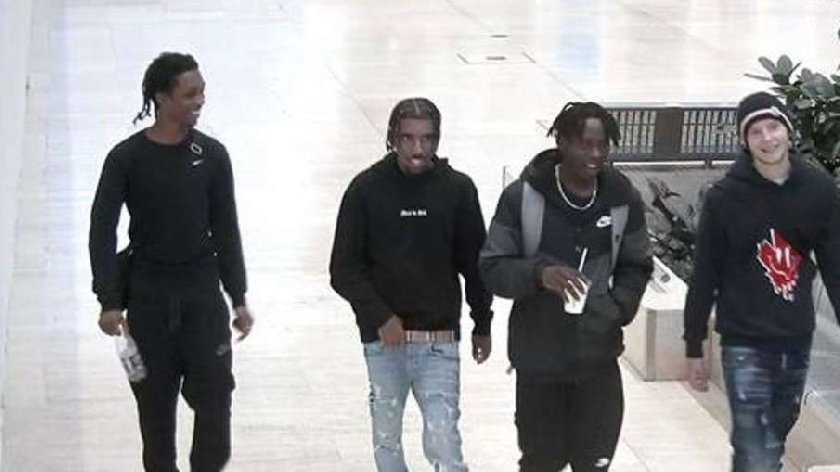 Thames Valley Police is releasing a CCTV image of four people officers would like to speak to in connection with a robbery investigation in Milton Keynes.

At just after 7.20pm on Saturday (3/9), the victim, a 15-year-old boy, was with a friend inside the Central MK Shopping Centre on Midsummer Boulevard near to John Lewis.

He was approached and spoken to by a man who asked him to search on his phone for a Snapchat profile.

As the victim took his phone out, another male forcefully grabbed the phone from the victim.

A third person made a verbal threat before the victim’s bank card and Apple Airpod was stolen.

The offenders then made off towards the theatre district in Central Milton Keynes.

Investigating officer Detective Constable Andrew Johnson of the Priority Crime Team, based at Milton Keynes police station, said: “This was a traumatising incident for the victim, and his friend, although neither were injured.

“I am releasing this CCTV image as I believe the four people in the picture may be able to provide vital information that can assist this investigation.