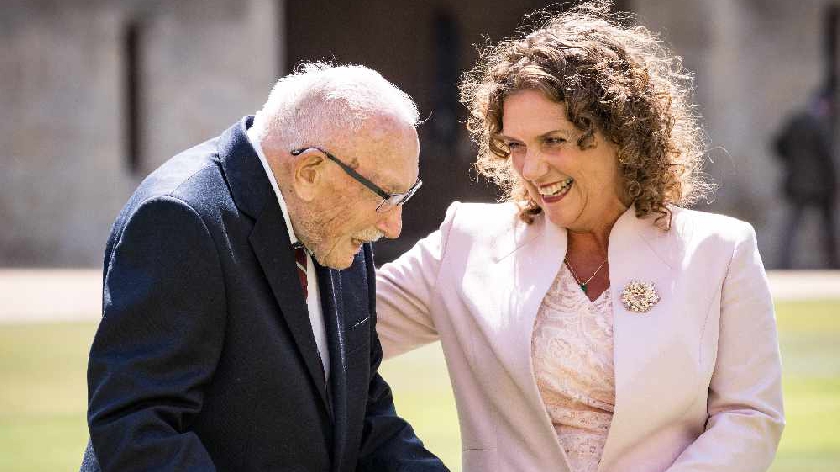 Captain Sir Tom Moore's funeral will be held this Saturday (27/2) and it will be a small family affair with just eight attendees.

This is to ensure that the funeral adheres to COVID-19 restrictions, with the current Government guidance stating that there can be a maximum of thirty people attending such events.

Captain Sir Tom's family have said that there will be a "small family funeral" attended by the centenarian's immediate family including his two daughters and his grandchildren.

His family has asked that the public pay their respects to the national treasure whilst staying at home, in line with lockdown restrictions.

Lucy and Hannah, Captain Sir Tom’s daughters, said: "Sadly, like so many other families affected by the pandemic, we have no choice but to hold a small family funeral, which will take place this Saturday. Whilst we understand so many people wish to pay their respects to our father, we ask that the public and the press continue to support the NHS by staying at home."

Captain Sir Tom, who lived just down the road in Marston Moretaine, captured the heart of the nation during the first lockdown when he walked 100 laps of his garden before his 100th birthday, raising over £32 million for the NHS in the process.

The WW2 veteran soon became a household name. He released a number one single with Michael Ball, received a knighthood, published a book, started his own foundation, and so much more - all in the final year of his life.

Captain Sir Tom passed away in Bedford Hospital on 2nd February after testing positive for COVID-19.