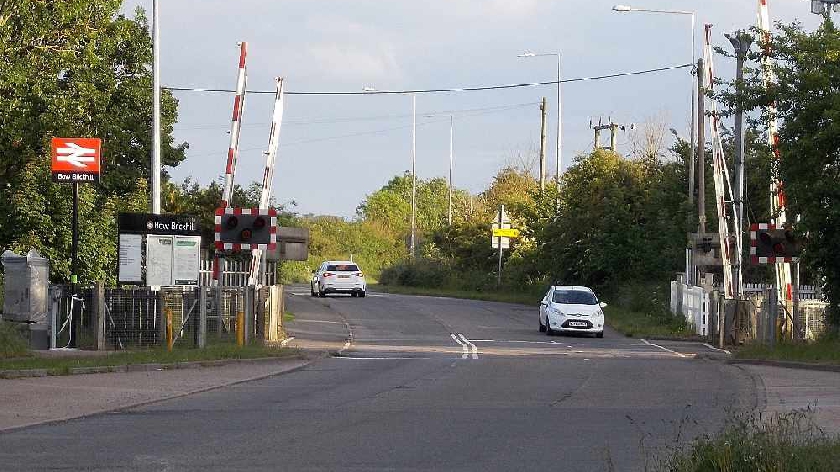 Council leaders have rejected calls for a halt to development planning in the south east of Milton Keynes despite residents’ claims that they are heading for a disaster.

The key issue behind proposals for the building of 3,000 homes and warehouse developments in Caldecotte is whether a bridge will be built over the railway line at Bow Brickhill.

With the re-opening of the East West rail line possibly leading to five trains in every hour in each direction, locals fear that the level crossing could be closed for 30 minutes in each hour. This, campaigners say, would lead to massive congestion that would clog up the local grid road system.

On Tuesday, Cllr Alice Jenkins presented a motion to the MK Cabinet calling for a halt to development planning until plans for a bridge to take traffic on the V10 over the railway line are developed.

“This is last chance saloon,” said Cllr Jenkins, who was presenting the motion on behalf of her colleague, Cllr David Hopkins.

“If this council, this cabinet, doesn’t act and allow time for proper strategic thinking, not pressing ahead with developer directives, the very make up of our city as a place to live and work in could be in jeopardy.”

Bow Brickhill resident Sue Malleson said: “I predict that this council will be once again making sincere regrets just as it did over the Blakelands fiasco. Please, let’s not leave the city to the whims of the developers. Let’s do a proper job, where the council does the work.”

She claimed that proposals for a bridge in development documents being consulted on had been revealed by a Freedom of Information request to be based simply on a developer proposal, and not on a council feasibility study.

Alan Francis, of the MK Green Party, said by 2027 there would be five trains per hour in each direction, and no land had been put aside for a road bridge over the railway line.

“If the area is developed, there will be nowhere to put the bridge,” he said. “If land is sold off and planning permission is given, you will snooker yourself.”

Tim Skelton, of the MK Forum, said: “We need to find a way for the developers to dance to our drum.”

In rejecting calls for a moratorium on development planning, portfolio holder Cllr Martin Gowans, said it was “right to bring forward the consultations and continue them.”

But he added that he was “being persuaded” to take a more holistic look at the area’s transport needs.

“I can’t agree to the motion but I am not completely saying no and ignoring it. We will consider the issues before taking it forward.”