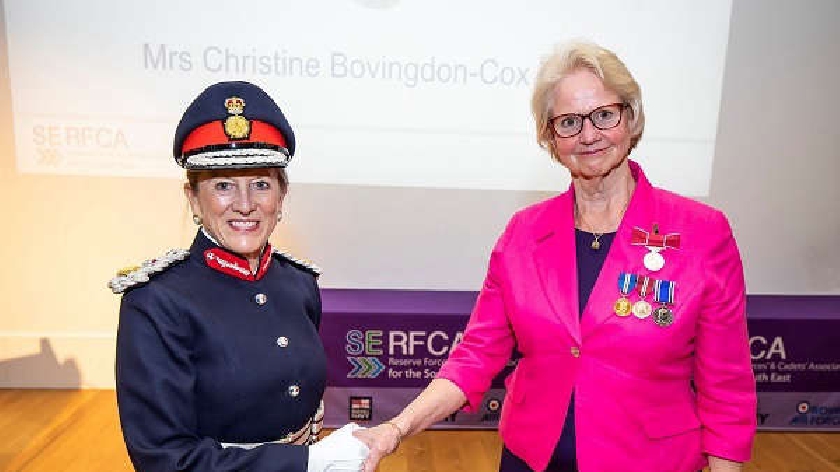 A member of Thames Valley Police has received a British Empire Medal from the Queen.

TVP Misconduct Manager Christine Bovingdon-Cox received the British Empire Medal (BEM) for her services to policing at a ceremony in Pembroke College.

Christine has worked for Thames Valley Police for fifty years.

She has worked in various departments, including Child Abuse Investigation, Major Crime, Counter-Terrorism, Protection for the Royal Family and Members of Parliament, and now with Professional Standards.

Christine said: “I am absolutely stunned to receive the medal. It is a very proud moment. It has been a brilliant career so far. I have served for fifty years, and if I had my time again, I would do it all the same.

“Without the support of my husband Alan, who is a former police officer in Thames Valley, I would never have had the career opportunities I have had.

“While I am in good health and I enjoy coming to work, I will continue to work hard to make a difference.”

Reflecting on some of the most significant accomplishments in her career, Christine said: “My greatest achievement is helping to obtain the best evidence by interviewing children and adults who had been physically and sexually abused, and bringing the perpetrator to justice.

“As part of this work, I met Princess Diana, who came to visit the Child Abuse Investigation Unit in Oxford. The team was piloting the use of video interviews to record accounts from children as victims and witnesses. 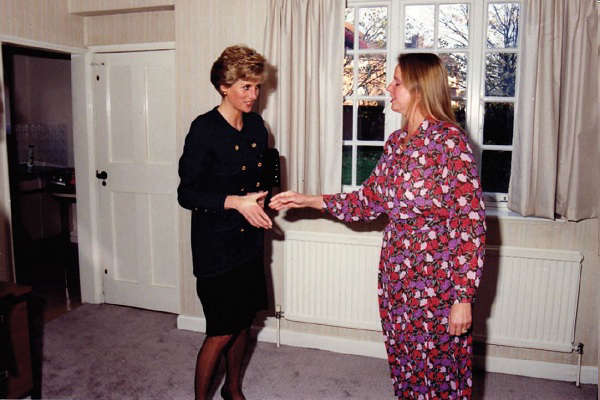 "This innovative work formed part of the Pigot Report, which looked at the way children were treated in criminal courts. It allowed children to give their evidence-in-chief via a pre-recorded video, rather than having the pressure of being questioned in a criminal court.

“I am also proud of setting up domestic violence units in each local area of the force, which included training our staff to help victims of domestic abuse.

“While working with Counter Terrorism, I also hope I assisted in some small way to countering the threat of internal and external terrorism.

“Finally, graduating after four years of part time study with a 2:1 Law Degree from Brookes University in 2004, whilst setting up and working full time on the Domestic Abuse Unit at Cowley, was a tough but a thoroughly enjoyable experience.”