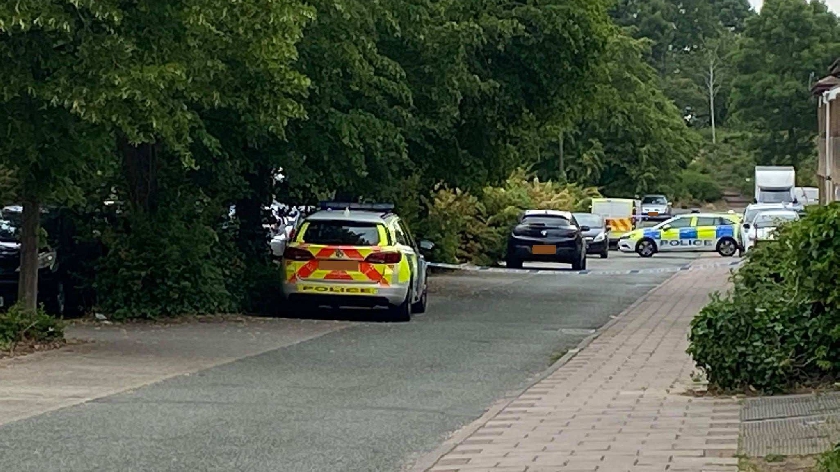 Thames Valley Police is appealing for witnesses following an incident of aggravated burglary which occurred in Milton Keynes.

MKFM reported earlier this morning that a section of Ramsons Avenue in Conniburrow had been sealed off with multiple Police units at the scene.

At around 3.05am today (3/6) offenders entered a property in Ulyett Place, Milton Keynes.

The man managed to leave the property, and drove to nearby Ramsons Avenue where he reported the incident to police.

Both victims were taken to hospital.

It is believed that this incident was isolated. There are now scene watches in place, both in Ulyett Place and Ramsons Avenue.

No arrests have been made.

Investigating officer, Detective Chief Inspector Steve Raffield, of Milton Keynes police station, said: “We are currently investigating the circumstances of this incident, during which two victims have sustained injuries, which require hospital treatment.

“There are currently two scene watches in Ulyett Place and Ramsons Avenue, while officers investigate the circumstances. We would please ask the public to avoid these areas while officers make enquiries.

“I would like to reassure the public that we believe this was an isolated incident, and that there is no threat to the wider community.

“There will be an increased police presence in the area while we investigate.

“I would like to thank the public for their patience and understanding while police are on scene.

“I would still like to appeal for any witnesses to this incident to come forward and speak to police. If you believe you have any information, please call Thames Valley Police on 101, quoting reference 43200164220. You can also make a report online.

“Alternatively, you can remain anonymous by calling independent charity Crimestoppers on 0800 555 111.”