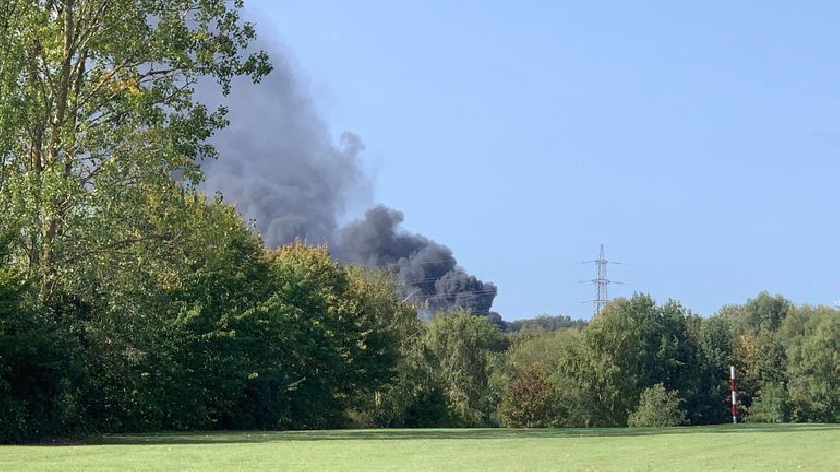 'Black smoke' has been seen as a fire involving two lorry trailers has broken out in an area of Milton Keynes.

One resident reported hearing "three big bangs" before seeing the huge amount of smoke in the air.

Bucks Fire and Rescue have confirmed the fire is on Brunleys in Kiln Farm, Milton Keynes.

Three fire engines are currently at the scene.

Officials say they received almost 50 '999' calls in the space of a few minutes.

Smoke from the blaze is visible as far away as Newport Pagnell and Stony Stratford.

We will bring you more information as we get it.