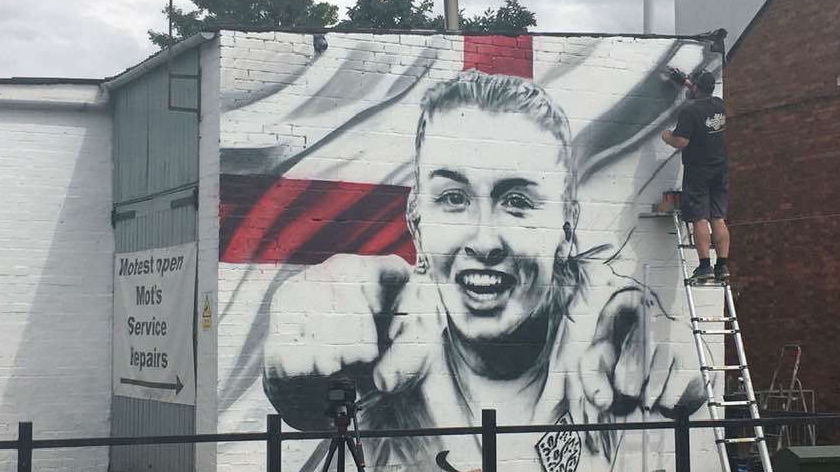 A huge mural in celebration of Milton Keynes-born England captain has gone up in her hometown of Newport Pagnell today.

Now, a new piece of artwork, by MurWalls, celebrates the MK-born England captain, Leah Williamson, in her hometown of Newport Pagnell.

Marc Silver, founder of MurWalls, told MKFM: "MurWalls are very proud to have been involved with the Lionesses from the start of the tournament. We were first asked by The Mayor Of London to paint at Trafalgar Square and also by the residents at the famous Kirby Estate, which we painted a mural of Fran Kirby at.

"This latest piece is the first to celebrate the European Champions post tournament and the start of many more all over the country for our new heroes! To paint the captain in her home town is a real honour and delighted to have been asked to do this.

"Leah and her teammates have made history and changed the womens games in the UK forever! We are so proud of them and look forward to seeing the game advance in the years ahead."

Following a call from local leaders, MK Council confirmed earlier this week that the England Captain from Milton Keynes will be the very first person to be given Freedom of the city.

READ AGAIN: Milton Keynes leaders call for England captain Leah Williamson to be given Freedom of the City 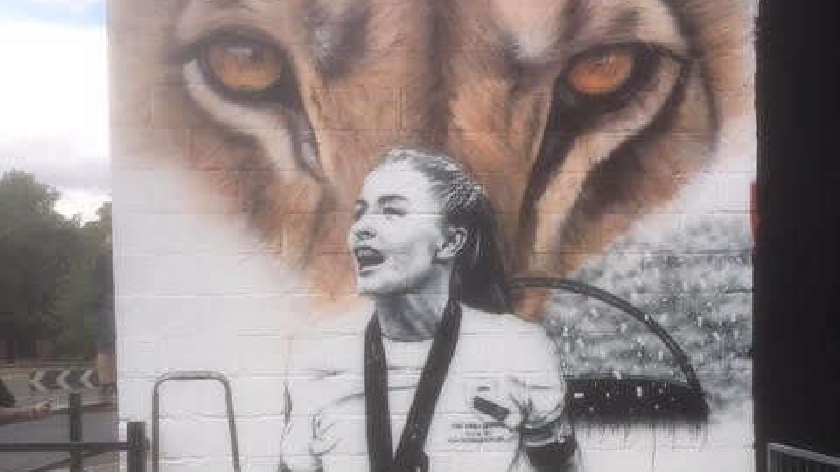 The Freedom of the City is an honour given by a local council in recognition of their exceptional service.

It is one of the oldest traditional ceremonies.

Leader of Milton Keynes Council, Cllr Peter Marland told MKFM: “It is the most amazing achievement for England to become Champions of Europe. The Lionesses are an inspiration to everyone and have shown that through teamwork, ability and hard work, anything is possible. Like many others, I never thought I would be able to say that England have won a major football tournament in my lifetime.

"I am so proud that Milton Keynes hosted four matches and played our part in the greatest achievement in English football since 1966, including attracting a full house at Stadium:MK for the second semi-final. I’d like to thank all the team and supporters that made those matches so special. Yet again, we as a city had the vision and confidence to back the tournament when many others did not.

"I hope the win will have a lasting impact on women’s sport and I’m sure it has both inspired a new generation of women and girls to go out and take part in whatever their chosen sport is, as well as changing the attitude of many others to women’s sport in general. Our host city bid promised to increase the number of girls playing the game and double the number of trained women’s coaches in the city.

"The Lionesses’ win is just the beginning of unlocking so much potential, so if you’ve been inspired, today is the day you can also make a difference and be part of a winning legacy. Bobby Moore and Leah Williamson, that is good company as the only two England captains ever to lift a major international trophy.

"Obviously we are immensely proud that Leah is from Milton Keynes, and I think it wound be totally appropriate that the very first person to be given the Freedom of the New City of Milton Keynes is the first woman to lead a national side to international honours and is from MK. I have asked that the Council start the process of bestowing the honour on her.”

Williamson, who was born and raised in Newport Pagnell, plays for Arsenal and was named captain for the summer tournament earlier this year.

The England captain described the feeling of winning as the proudest moment in her life.

Read more: Euro 2022: England waking up as the champions of Europe after fairy-tale ending