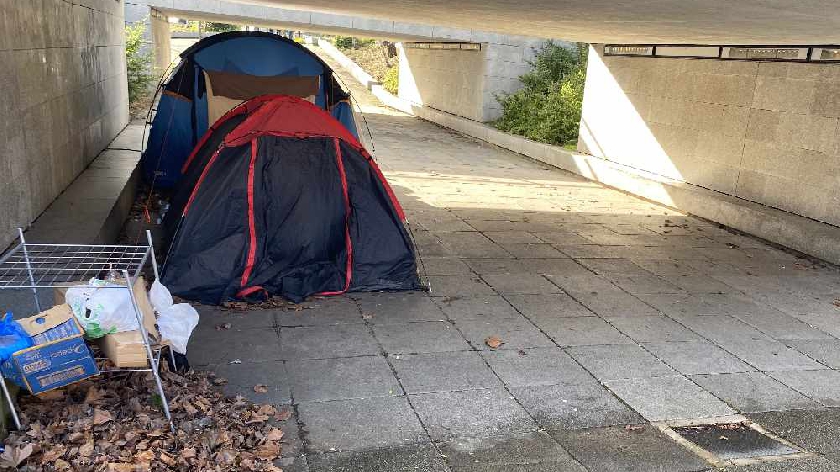 Young people face a worsening housing situation in Milton Keynes, which is struggling to shrug off the tag of “capital of youth homelessness”, a meeting heard.

The city was given the grim tag by the national press in 2018 and a meeting this week heard that only now is Milton Keynes Council starting the process of sorting out how it helps young people.

Simon Green, the chief executive of the YMCA in Milton Keynes, told the community and housing scrutiny committee that people aged 18 to 35 in the city are facing a ”bleak” and “gradually worsening situation”.

“Milton Keynes has been referred to as the capital of youth homelessness in the national press in 2019 as MK has the youngest homeless cohort in the country,” he said.

The committee, which met on Tuesday (23/2), was told that 473 homeless young people asked the council for help last year. Many of them had been thrown out by their parents.

Dr Mac Health, the council’s director of children’s services, revealed that a council officer group was set up in December 2020 in response to visits from the Government. It is due to report in April.

Dr Heath revealed the council is only now starting to “understand the size of the challenge”. It doesn’t expect to have answers even in April.

“We won’t have the answers but we will know the questions we need to answer,” he said.

He added that the council “haven’t always been as focussed on the level of need as maybe we could have been.”

Jane Harrison, the council’s head of housing operations, said MKC is “just starting this journey” but had made “really good progress.” She asked the committee for “direction and support.”

But chairing the meeting Cllr Jenni Ferrans (Lib Dem, Monkston) struggled to persuade many of her colleagues to join in.

Cllr Martin Gowans (Lab, Bletchley East) and Cllr Ferrans had a difference of opinion on the role of the committee.

When Cllr Ferrans asked him about the possibility of the council working with the YMCA to open its own HMOs for young people “or any other ideas”, Cllr Gowans objected to “rambling on the item.”

“I’m looking to see what scrutiny of the executive we can do at this point rather than continuing rambling on the item,” he said.

Cllr Pauline Wallis (Lab, Central MK), liked the idea of the council having its own HMOs for young people but struggled with other ideas.

“How can I talk? I’ve still got a 37-year-old living with me because he can’t afford to rent privately and has got no chance of getting housing.

“If I could work that out I’d work it out for my son,” she said.