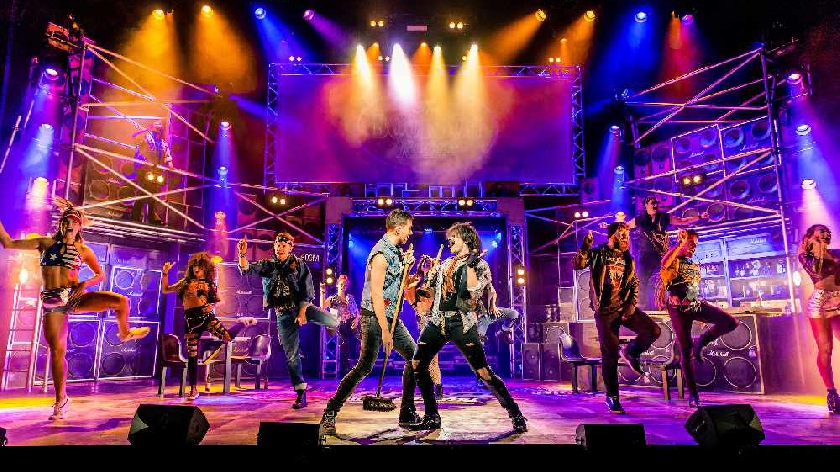 Are you ready to rock, Milton Keynes? The smash-hit Rock of Ages is back with Kevin Clifton performing in the role of Stacee Jaxx, at Milton Keynes Theatre from Tuesday 28 September.

Rock of Ages is the hilarious musical comedy lavished with over 25 classic rock anthems, including ‘Don’t Stop Believin’, ‘We Built This City’, ‘The Final Countdown’, ‘Wanted Dead or Alive’, ‘Here I Go Again’, ‘Can’t Fight this Feeling’ and ‘I Want To Know What Love Is’, played loud and proud by an awesome live band.

Kevin Clifton thrilled audiences as Stacee Jaxx on the 2018/2019 tour and he is so excited to be back, reprising the role in 2021. Kevin is best known for being a professional dancer on BBC1's 'Strictly Come Dancing’. In seven years on the show Kevin reached the final a record five times, winning four glitter balls including the main show Glitterball trophy in 2018 with Stacey Dooley before leaving in 2019. Since then, Kevin has gone on to appear in many other theatre productions including, ‘The Wedding Singer’ and ‘Singin’ in the Rain’.

The producers of the show said ‘We are delighted Kevin will be back as Stacee Jaxx, he has wowed us and audiences with his superb singing voice and we can’t wait for him to be part of our exciting show once again. We are also thrilled to welcome back many returning cast members from the last tour and a new rising star Joe Gash who will be playing the iconic role of Lonny. We can’t wait to be back and to give audiences (and fans) the best party night out of the summer’.

The full cast for the Rock of Ages tour includes Luke Walsh who first played the lead role of Drew in the 2018/2019 tour, and he is back to reprise the role in 2021. Luke is a singer/songwriter and his theatre credits include ‘Chess’ (Umeda Arts Theatre, Osaka), ‘Boybands Forever’ (Germany Tour).

Rhiannon Chesterman played Regina on the previous tour and is returning in the role of Sherrie. Rhiannon’s previous theatre credits include UK and Ireland tour of ‘Grease’ and ‘Mrs Henderson Presents’ at Noel Coward Theatre, West End.

Joe Gash will play the iconic role of Lonny. Joe will be making his theatre debut in the role.

Ross Dawes will play Dennis Dupree, his previous West End theatre credits include ‘Phantom of the Opera’, ‘Girl from the North Country’, ’Charlie & the Chocolate Factory’ and ’Shrek the Musical’.

Gabriella Williams will play Regina and her previous credits include Sophie in ‘Mamma Mia!’ in the West End at the Novello Theatre and ‘Carrie; The Musical’ at Southwark Playhouse.

Vas Constanti, Andrew Carthy, Erin Bell will also be returning in their roles from the 2018/2019 tour as Hertz Klinemann, Franz Klinenmann and Constance. They are also joined by returning cast members Adam Strong and Joshua Dever.

Now a global smash with hit seasons on Broadway, London’s West End and Las Vegas and a star-studded Hollywood movie version this show promises you the best party night out around.

Leave it all behind and lose yourself in a city and a time where the dreams are as big as the hair, and yes, they can come true! 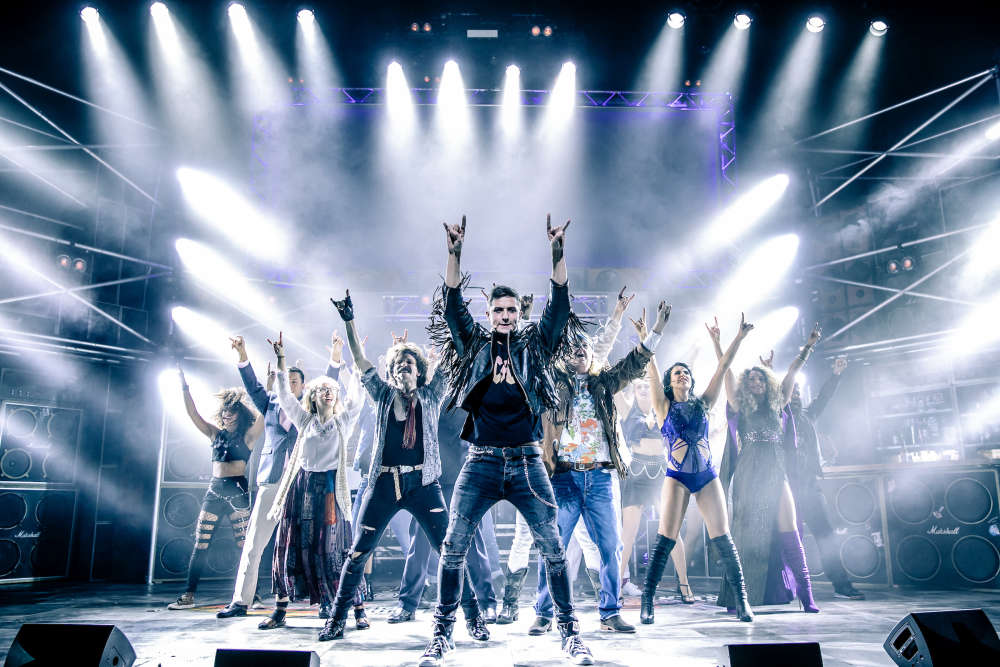