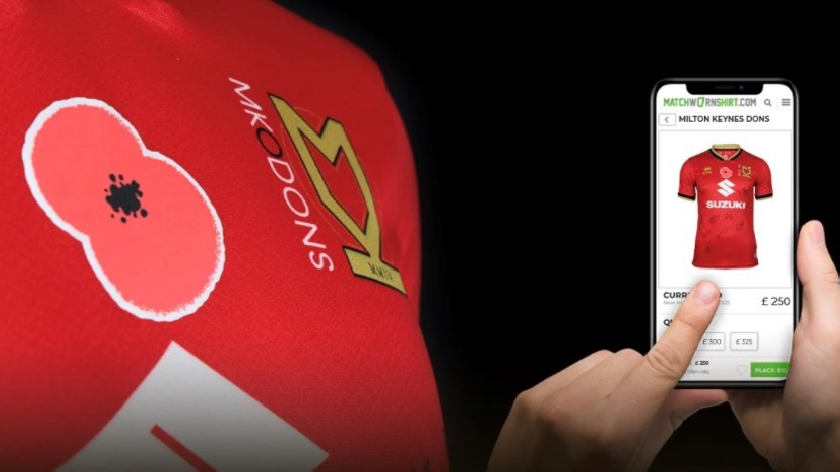 Football fans are being given the chance to win a match-worn David Kasumu shirt signed by the MK Dons squad, all in aid of the Poppy Appeal.

MatchWornShirt is raising money for the Royal British Legion by auctioning off signed shirts from across the country, including David Kasumu’s match-issued shirt from the Emirates FA Cup tie with Eastleigh earlier this season, signed by the first-team squad.

There are two more days to bid for the shirt, with the auction ending at 3pm on Sunday (7/3).

All money raised will go to the Royal British Legion’s Poppy Appeal, and to bid please click here.