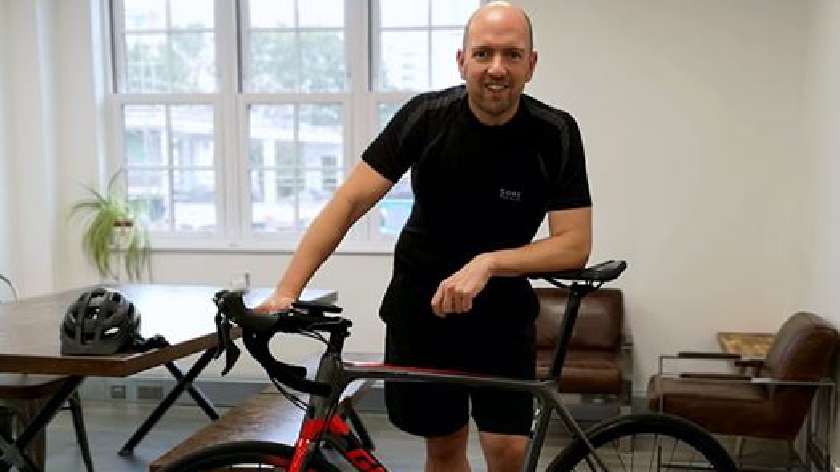 Dan’s challenge will see him biking solo for three weeks from Land’s End to John O’Groats, partaking in some wild camping along the route!

Dan will be raising money for the children’s wards at Milton Keynes University Hospital to say thank you for the care his son Ed received a few years ago when he was suddenly taken ill with a rare disorder called Staphylococcal Scalded Skin Syndrome (SSSS).

Dan said: “When Ed was taken ill my wife and I were terrified. We knew something was wrong because he went from being a cuddly boy to not wanting us to touch him. He had staphylococcal scalded skin syndrome, but doctors had never seen a case of it as bad as his, it was the scariest time of our lives wondering if he was going to be ok. The care we received on the children’s wards at Milton Keynes University Hospital was fantastic, and so I wanted to do something big as a way of saying thank you. My goal is to raise £1 for every mile I cycle!”

Ed has since made a full recovery, and Dan continues: “Whilst this bike ride is a daunting prospect, it is nothing compared to the challenge that Ed faced during his time in hospital.”

If you would like to support Dan please visit www.justgiving.com/fundraising/sorebottomtime or visit his blog to keep up to date on how the challenge progresses at www.dansorensen.co.uk