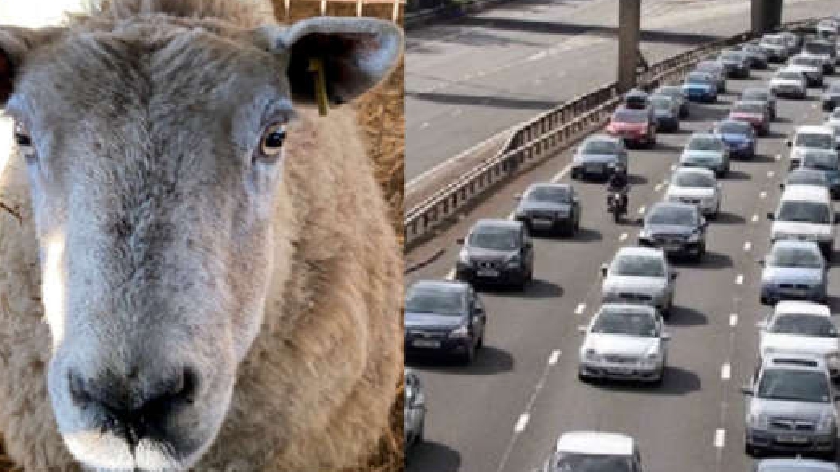 Traffic was forced to stop on the M1 in Milton Keynes this morning after a sheep made its way onto the carriageway.

The M1 was temporarily closed in both directions between J13 and J14 near Milton Keynes this morning (14/9).

Traffic had to be temporarily stopped after a sheep made its way onto the carriageway.

Traffic Officers were on the scene working with the owner to clear the road which has now been reopened.

The #M1 in both directions between J13 and J14 near #MiltonKeynes, traffic has been temporarily STOPPED due to a sheep on the carriageway. Traffic Officers are on scene, we will keep you updated. pic.twitter.com/CrQNzB2Bkw

Motorists are being warned there are still delays in both directions as traffic has been released.

There is approximately 6.5 miles of congestion on approach both ways, National Highways warn drivers to 'please allow extra journey time'.