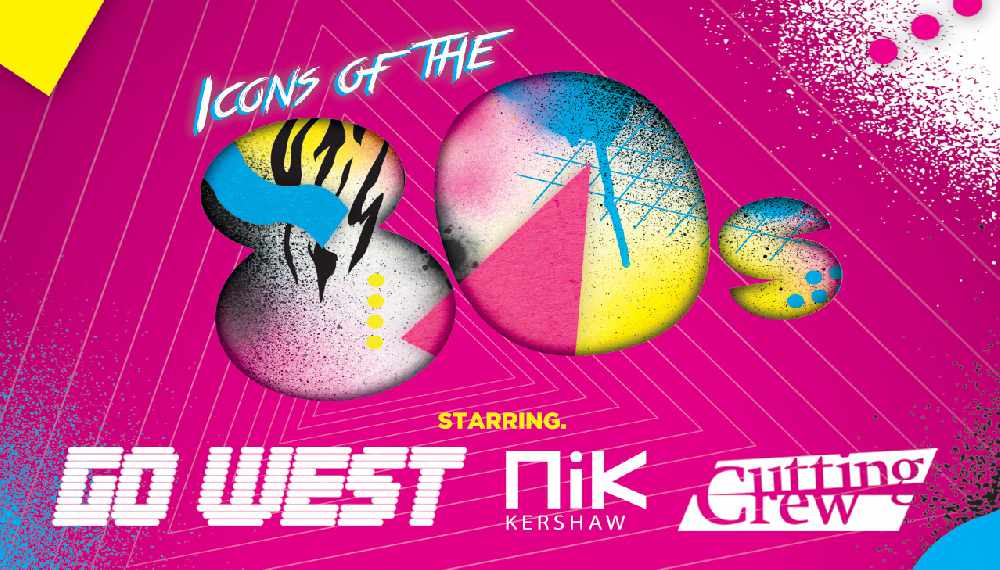 Your favourite 80s artists are brought together all on one stage at MK Theatre on Monday 26th March.

The latest line-up includes, Go West, Nik Kershaw and Cutting Crew together in one unique concert.

The 80's are back and these legendary stars have joined forces for a truly incredible, once in a lifetime, concert experience. They're the biggest names in the business and to see them perform together will be an unforgettable event.

With millions of albums sales and hits like We Close Our Eyes, Call Me, King Of Wishful Thinking, Wouldn’t It Be Good, The Riddle, I Won’t Let The Sun Go Down On Me, I've Been In Love Before and the classic (I Just) Died In Your Arms, this authentic 80s triple header is not to be missed.

It has been over 30 years since Go West had their first hit single We Close Our Eyes. Other hits followed including Call Me, Goodbye Girl and Don’t Look Down, Faithful and the smash hit theme song in the film Pretty Woman King of Wishful Thinking.

Nik Kershaw first achieved chart success in 1984 with Wouldn’t It Be Good?, followed by other classics such as Won’t Let the Sun Go Down on Me and The Riddle. A prolific writer for other artists, Nik also penned the number one single The One and Only for Chesney Hawkes.

Originally formed in the mid-80s, this Grammy nominated, Anglo-Canadian rock band will always be remembered for their classic song (I Just) Died In Your Arms, which helped define the musical sounds of the club scene during the 80s and is still played widely today. Over twenty years later, with millions of album sales, original singer/songwriter Nick Van Eede has signed new recording publishing deals and is back on the road promoting his awesome new material.

You can get tickets here.