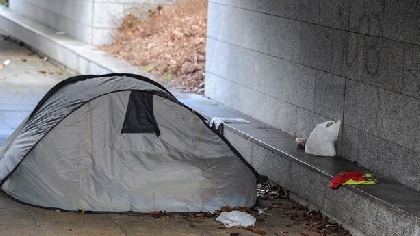 This winter has been another hard winter for the rough sleepers in Milton Keynes with one further death since Christmas.

Residents are calling for action from our city leaders, amongst demands for more affordable housing and council housing.

MKFM with the MK Citizen will be hosting a live debate on the issue on Thursday 5th April from 7pm. The debate will be streamed live on MKFM's Facebook.

The debate attendees will be:

You can submit your questions to the pair, below.

This form could not be found

MKFM previously talked to Peter Marland and put your questions to him in a Facebook live which can be viewed here.

WATCH AGAIN - FACEBOOK LIVE - Peter Marland the leader of Milton Keynes Council discusses homeless and the rough sleeper situation. The next session is our LIVE debate between Peter Marland and one of our conservative MP's to discuss the issue. Peter has already confirmed his attendance, the conservative MP's are 99% certain they can make the date on Thursday 5th of April at 7pm