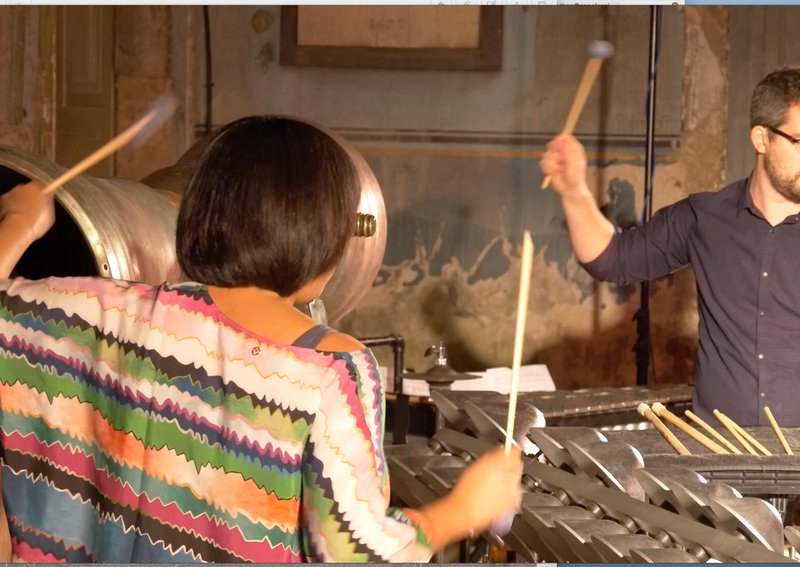 To celebrate the release of his latest LP with East London label nonclassical, composer Dominic Murcott and virtuosic American percussion ensemble, arx duo, are touring the Harmonic Canon – a new music project featuring a specifically designed half-tonne double bell – across the UK and Europe between 25 April and 10 May 2019.

Consisting of two 21 minute movements – one of which explores the metallic resonance of the bell, and the other exploring the exotic and unusual range of its harmonic frequencies – the Harmonic Canon is a new work composed by Dominic Murcott which uses the computer-designed sculpture alongside a range of rare auxiliary metal percussion. The bell – which is designed by sculptor Marcus Vergette – is not only an instrument but a piece of public art, and the project celebrates the array of familiar and unfamiliar sounds the bell produces.

The project has won the 2018 British Composer Awards in the Solo and Duo category. Previously, the project has been premiered at Huddersfield Contemporary Music Festival and was featured on BBC Radio 3’s Hear and Now. It has been gratefully supported by Arts Council, England, PRS Foundation, nonclassical, the Hinrichsen Foundation and Bell Percussion.

The event runs from 8:00pm to 10:00pm on the following dates.
Select a date to add this event to your calendar app.