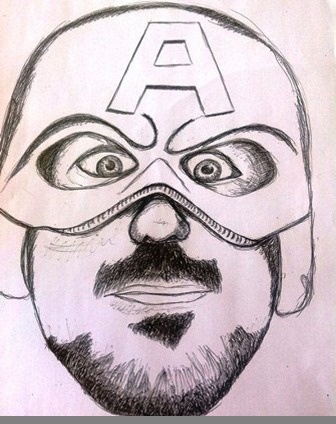 nt spans the globe to bring you the greatest new Indie/Rock mixed with a few alternative classics. A fast paced show that takes you song to song with trivia and tour info.

My hometown before MK was: I was born in South Africa but grew up in California. Travelled around a bit before settling in Milton Keynes in 2007.

The best thing about Milton Keynes is its location: MK is perfectly placed between beautiful villages and smaller towns on every side with fantastic pubs! Also, it is easy to escape MK quickly via the M1 or A5.

My first job was as a carpet fitter in the desert of California. Very long hours on my knees in the blistering heat. A bit like a Saturday night for Viccars and Mayo.

When I’m not on the radio, I study Serial Killers and visit famous dump sites and crime scenes. Sadly, MK doesn't have any good crime scenes as it is more famous for "Cycle paths" than "Psychopaths" - but maybe one day there will be a famous killer from here. Northampton is not far and they have loads of crime.

My favourite artists I play are The Clash, The Jam and Chris Cornell - My favourite new band is Slaves. I have actually been on Placebo kick for a while now, too.

Favourite Food – Sushi with beer. Or fish tacos and beer. If I was on death row and had to choose a last meal -  I would have mixed sashimi as the starter and then a half-dozen fish tacos with Tapatio hot sauce and a 6 pack of Singha. Then a huge Eton Mess for pudding. I would then be ready for execution!

I am fascinated with dwarfs and little people. I would love it if there was a professional dwarf snooker league... or little people pool (9-ball, obviously).