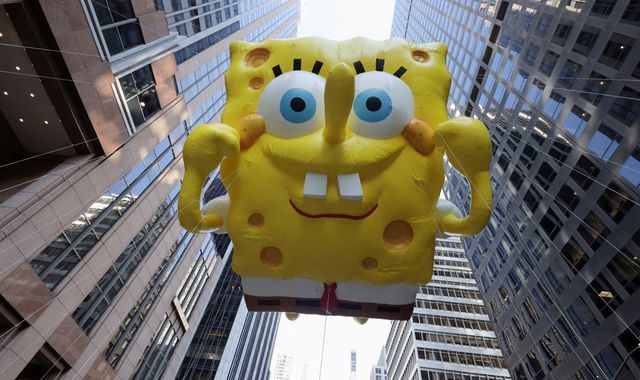 Characters from the very bottom of the sea to the far reaches of outer space soared above New York for the city's 96th annual Macy's Thanksgiving parade.

As ever, the event was a joyous exercise in absurdity, generating such sights as Papa Smurf, SpongeBob, and some Pokemon towering over all they surveyed.

While locals and tourists alike assembled on the streets and at their high-rise windows to watch, Sky News has assembled some of the best pictures from Thursday's event.