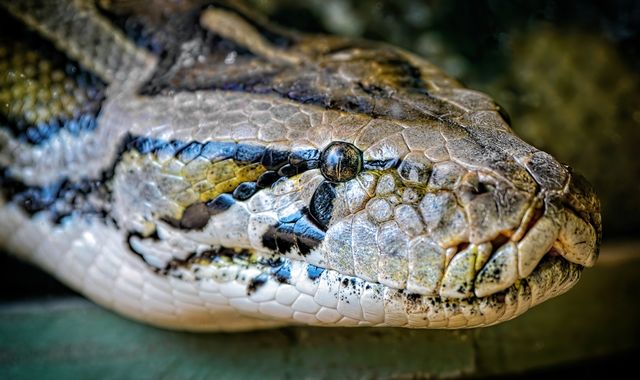 A five-year-old boy in Australia has survived being bitten and crushed by a python the length of a car that dragged him into a swimming pool.

Beau Blake had been playing at the edge of the pool at the family home in Byron Bay, New South Wales, when the 10ft (3m) snake struck from undergrowth.

The python bit the youngster, plunged both into the water and coiled itself around one of his legs.

Rushing to the rescue, the boy's 76-year-old grandfather, Allan, dived into the pool and scooped out Beau, still entangled with the snake.

The boy's father, Ben, then prised him free from the reptile's deadly grip, used to suppress prey.

Despite his ordeal Beau is said to be in good spirits and escaped with only minor injuries.

Ben told local media: "Once we cleaned up the blood and told him that he wasn't going to die because it wasn't a poisonous snake... he was pretty good actually.

While pythons are not venomous, the five-year-old was treated to prevent the bite becoming infected.

Describing the drama, Ben said: "[Beau] was just walking around the edge [of the pool]... and I believe the python was sort of sitting there waiting for a victim to come along... and Beau was it."

"I saw a big black shadow come out of the bush and before they hit the bottom, it was completely wrapped around his leg."

After freeing his son, Ben held on to the python for about 10 minutes as he sought to try and calm his children and his father, before releasing it back into the vegetation.

"He went back to the scene of the crime, the naughty thing," he said.

Ben pointed out pythons were a fact of life in the sub-tropical area, an eight-hour drive north of Sydney, and added: "It is Australia. They are about."