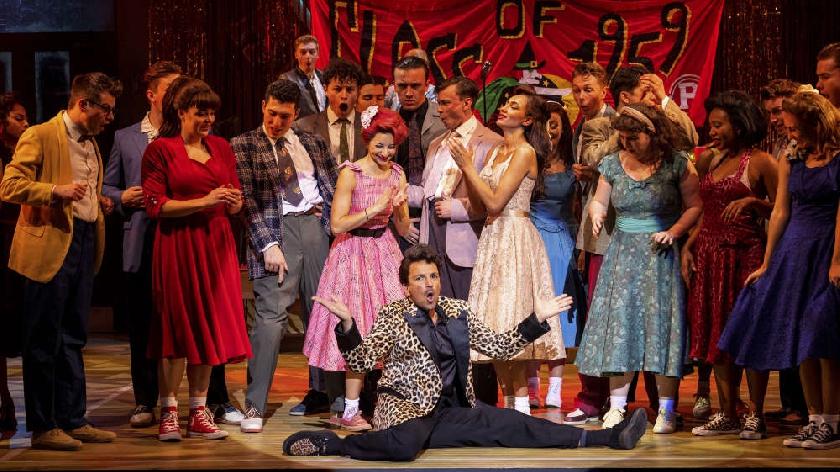 Mrs. D what's to see? Mrs. D from the MK Breakfast Show was so excited to return to MK Theatre last night to watch Grease The Musical and here is her review...

Last night was the night! I had been looking forward to seeing Grease for ages. So off I went in my shiny leggings, leather jacket and with COVID pass ready to show.

We arrived at our allotted arrival time so we didn't have to queue to get in or to get drinks at the bar. The team were all wearing masks and were really welcoming, they also took our order for drinks during the interval so you didn't need to queue and gather in the bar areas. It all felt very safe. They even opened the auditorium doors early so you could take your seat early to stop any crowds at the doors. It was optional if you wanted to wear a mask, many people were wearing them. 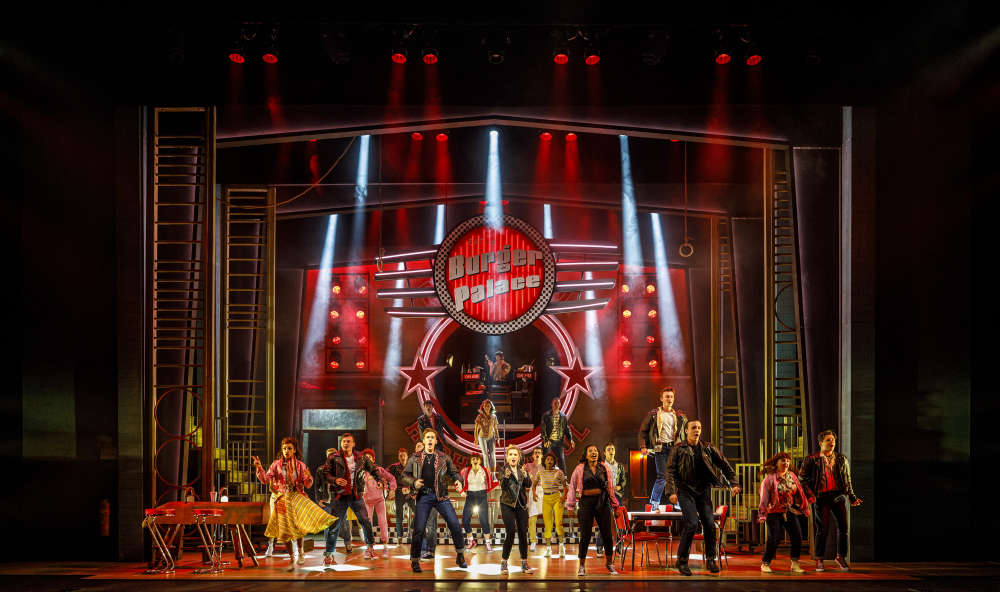 Then it began! Danny and Sandy at the beach and then a few minutes we met Vince Fontaine played by Peter Andre, the crowd roared as soon as he appeared then a few moments later we were all bobbing our heads to Summer Nights, it was amazing. The story continued with a twist there were many of the original songs and some other songs I hadn't heard before, but the order of the songs did not follow the original movie. That didn't matter as the performances of Rizzo, Frenchy and the rest of The Pink Ladies and The Burger Palace Boys; yes, that's right the Burger Palace Boys was what the T-Birds were originally called. Paul French who played Kinickie was especially good, he had all the same mannerisms that Kinickie had in the movie. Especially when he performed Grease Lightning.

The first act ended with with the fabulous song We Go Together.

The second act took us to Rydell High's Dance where Danny and Cha Cha won the Hand Jive competition, which was then followed by one of my favourite songs of the night, Hopelessly Devoted To You. The story continued and we found ourselves in the diner (not the fair like in the movie), where Danny and Sandy performed You're The One That I Want and then continued into another round of We Go Together with the whole cast. 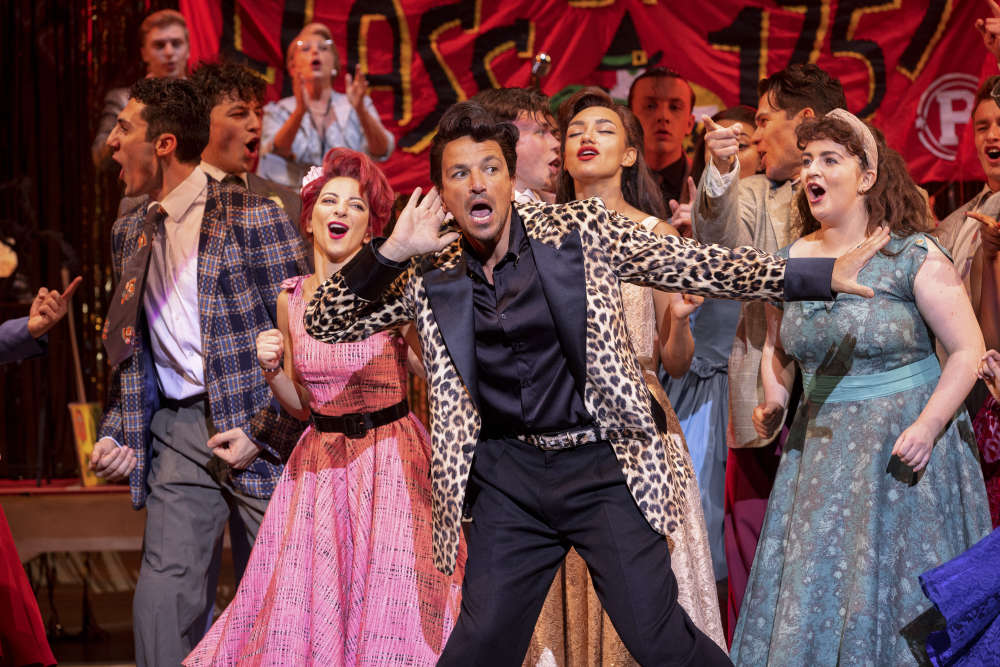 But, they were not finished...we were treated to a 'Megamix' of all the hits from the show, where Peter Andre was centre stage and invited everyone on their feet to dance and sing along. It was so much fun!

This is definitely worth seeing, all the songs you know and love and the performances were superb! A great feel good evening, with the added bonus of also feeling safe. It was great to see MK Theatre open again and doing what they do best!

Details of further performances of Grease The Musical and upcoming productions can be found on the website.