5 Tips To Help You Keep Your New Year’s Resolution 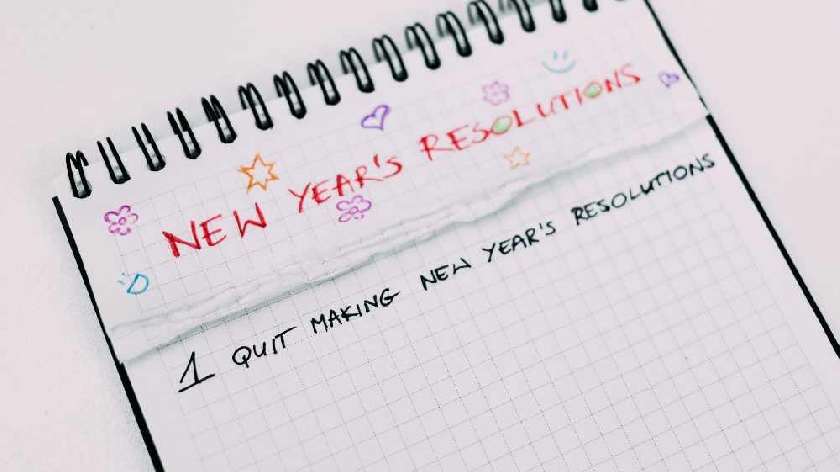 Like anything, keeping your new year’s resolution isn’t easy. Indeed, the 12th January is now unofficially known as “Quitters Day” as this is when the majority of people begin to falter with their resolutions...

...the reason being, usually, that it seems too difficult.

Here are 5 tips to help you hang on to your new year’s resolution for a little bit longer.

Tip 1: Do you actually need a new year’s resolution?

New Year’s resolutions can add unnecessary stress and negativity. Think carefully as you could be setting yourself up for a fall. Failure is a common part of life, but if you’re not really committed to something, there probably isn’t much point doing it in the first place. If you’re in dire need to change something in your life, you most likely should probably start now rather than waiting for the New Year. If it can wait, then it probably isn’t that important, meaning it probably isn’t resolution worthy.

Trying something is a really good resolution because you only have to do it once. Maybe you want to try a new food, or cycling to work, or going on a rollercoaster… or whatever! If you like whatever it is that you try, then you’ll probably like to try it again. If you don’t like it, then who cares? You’ve tried it, so you’ve stuck to your resolution!

Tip 3: Think carefully about your resolution.

“Go big or going home” isn’t always good advice. Setting a wishy-washy or overly ambitious resolution is more likely to lead to failure. For example, two of the most common New Year’s resolutions are to lose weight or get fit. It’s also considered to be one of the most common resolutions to give up on. Try narrowing your resolution down to something more doable. If your goal is to lose weight, try to make a resolution to stop having sugar in tea, or stop eating after a certain time of day. If you want to get fit then why not make your resolution to “go for a run once a week.” It might seem a little counter-intuitive, but the resolution is really all about getting your foot on the first rung of whichever ladder you fancy climbing. Remember the episode of Friends when Chandler was marrying Monica and Ross took him through all the little steps? It’s that!

Tip 4: Don’t beat yourself up about it!

Failure is an everyday occurrence and is a big part of what makes us who we are. You’re only human, and, especially after how awful 2020 has been, it’s probably not worth beating yourself up about it if and when you fail. Remember, you can only fail if you start. If you do nothing at all, you’ll go nowhere. If you have a go, at least you did something!

Tip 5: Put down your devices to help you lose weight!

A common symptom of weight gain is the fact that lots of people watch TV or use their devices while eating. This can actually dilute the feeling of “satiety” (feeling full) so we unintentionally over eat. A simple new year’s resolution to try is to put your phone down and simply concentrate on what you’re putting into your mouth while you’re eating. You might find you’re in touch with your mind and body a little bit more. A simple resolution that has a positive impact!

Best of luck with your New Year’s resolutions and have a very happy new year!

What are your tips? Get in touch with us to let us know. Email info@mkfm.com