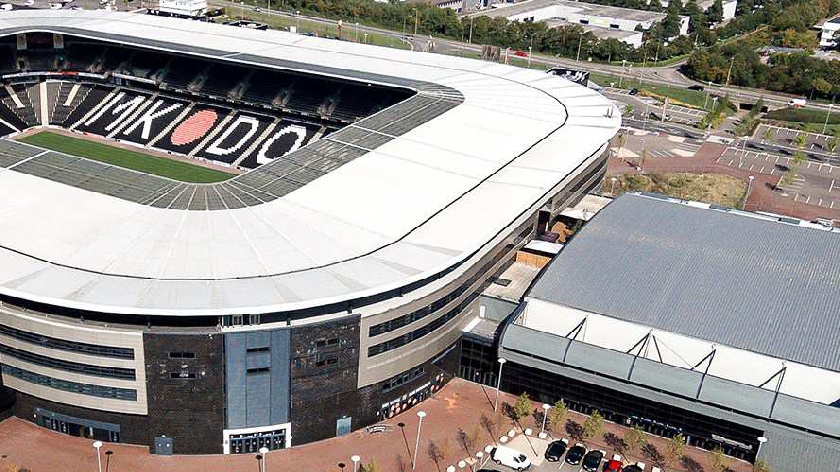 Milton Keynes Dons welcome Sunderland as they contest their first league home match of the 2021/22 season.

The main storyline ahead of today's fixture is the arrival of new Dons head coach Liam Manning, along with his assistant Chris Hogg, who has taken the reins at Stadium MK after the departure of Russell Martin almost two weeks ago.

It's unclear how involved Manning will be/has been with regards to today's line-up, due to his official hiring only taking place yesterday morning, and whether or not we will see Dean Lewington on the side-line once again.

With a permanent coach now at the helm, confidence in the Dons camp should be high ahead of today's home match - which will see fans return to Stadium MK for a league match for the first time since December.

A squad of attack-minded players accompanied by another attack-minded coach should be eager to impress in front of goal against Sunderland, who are still one of the favourites for promotion this season.

The Dons will be without midfield general David Kasumu for quite some time, as he has suffered an injury that could keep him out of action for up to eight weeks - a disappointing development so early in the new season.

Andrew Fisher has continued to train regularly with the Dons and could be ready to make his return between the sticks, with Laurie Walker getting the nod against Bolton last week and Franco Ravizzoli earning the job against Bournemouth in the Carabao Cup the week prior.

Having the team's first-choice goalkeeper back on the pitch would be a huge boost for the Dons and should provide some stability as the team gets used to playing in front of the home crowd once again.

The status of Max Watters is still unclear, with the on-loan striker missing out the opening two matches of the season due to the knock he suffered during the Tottenham Hotspur pre-season fixture.

Sunderland travel to Milton Keynes after back-to-back victories against Wigan Athletic and Port Vale in the league and cup respectively.

The Black Cats have a strong squad at their disposal, but the loss of last season's top scorer Charlie Wyke will be a talking point throughout the season unless Ross Stewart can fill the void.

Arbenit Xhemajli and Jordan Willis will miss the match due to long-term injuries, while Elliot Embleton will likely face a late fitness test to see if he can play after picking up a knock against Wigan.

The Dons will be very familiar with the visitors today, having played three matches against them last season - with a win, draw and a loss shared between the two sides.

The Milton Keynes side had the better of the results in the league, claiming four points in their two encounters, while Sunderland put on an impressive showing to progress at Stadium MK to progress to the semi-final of the Football League Trophy - a competition they ultimately won at Wembley a month later.

Both sides will be eager to make a mark early this season and the Dons will be keen to continue the positives shown in their 3-3 opening day draw with Bolton, with a victory against the Black Cats the perfect way to kick-start their season.