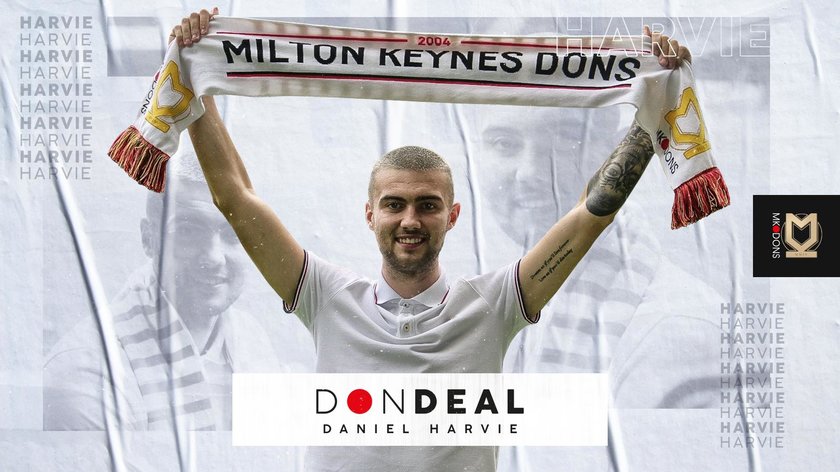 With the opening of the summer transfer window, Milton Keynes Dons have announced that Daniel Harvie has joined the club for an undisclosed fee ahead of the 2020/21 season.

Having progressed through the youth system at Scottish Premiership club Aberdeen, Harvie has found regular first-team football in the second tier north of the border, featuring in 70 matches in all competitions for The Honest Men.

With club legend and captain Dean Lewington firmly in the latter stages of his career, it seems like a sensible move from manager Russell Martin to bring in a young left-back that could one day take over the role while also giving the team a different type of player that can suit a number of formations and mentalities.

Reports and speculation had been growing recently over the Dons' interest in Harvie and it appears that the team has managed to fend off the reported interest of Scottish club Hibernian to secure his signature - the second player to join the Dons this summer after Carlton Morris' return on loan.

Speaking to the Dons' official website, Harvie commented: "I’m buzzing to be here, it took a while to get done due to the circumstances but I’m over the moon that it’s gone through."

"I heard MK Dons were interested and I spoke to the gaffer, who sold it to me straight away. The Club wants to progress and grow, and I want to be a part of that."

He added: "I’m an attacking full-back who likes to be aggressive and defend as well as I go forward. I’ll always make sure I work hard up and down the pitch."