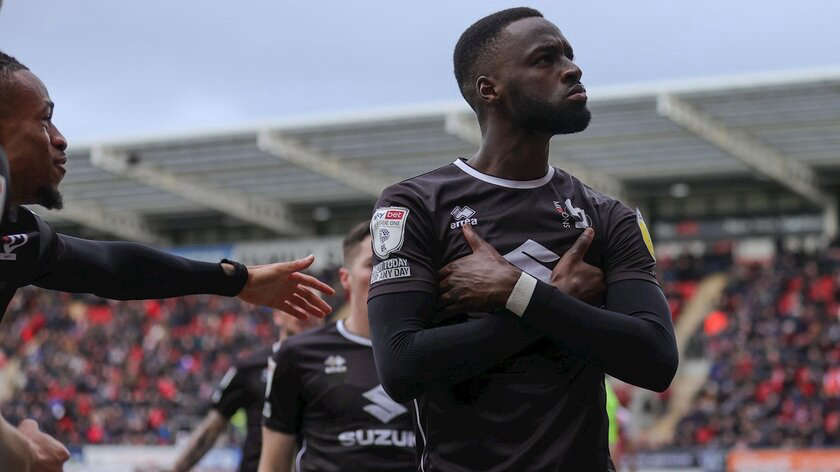 After missing the end of the 2021/22 campaign through an unfortunate injury, Milton Keynes Dons have provided an update on the progress of striker Mo Eisa's recovery.

The 27-year-old Sudanese striker was enjoying a positive debut season at Stadium MK prior to picking up the unchallenged injury in his side's 3-2 home loss to Sheffield Wednesday back in April.

Eisa had registered 11 goals and two assists in 34 League One appearances for the Dons before seeing his season brought to a premature end, with three matches remaining in the season at the time.

While initially unclear as to how serious the injury was for Eisa, the club's most recent update suggests that it is likely to be quite some time before he features in a match for Liam Manning's side, but his progress has been positive so far.

Dons Head of Rehabilitation, Adam Ross, explained: "Mo's progressing really well, unfortunately it was a significant injury he sustained and it led to him missing the last part of the season."

"He's going to miss a significant amount of time, we won't see him in the off-season and the pre-season period he's going to be doing rehab but, he's progressing nicely."

He added: "He's out of his air-cast boot now, so it was a big goal for him, a big milestone because it means he can progress. He doesn't have to walk with aids, like crutches, so it allows his life to become more normal."

"That shows he's put really good work in while everyone's on holiday, he's been in a lot. He's seen a lot of people over the off-season, he's put the hard work in and it's definitely showing."

"He's showing good progression, and he's only going to continue and it's going to put him in good stead."

He concluded: "It's only the first part he's gotten over but I think that will set good foundations for the rest of his rehab and return to play."