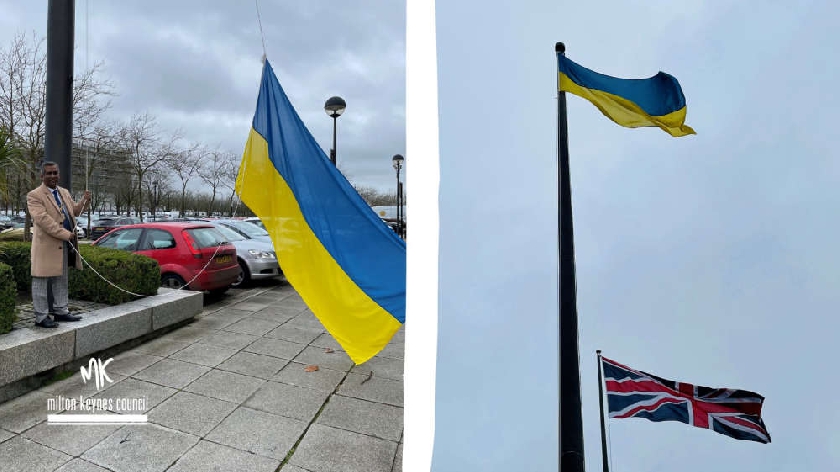 A motion is set to be presented to Milton Keynes Council in support of the people of Ukraine.

The motion, which highlights how the Council will do all it can to support Ukrainian people during the crisis, will be moved by the Leader of the Council at the next meeting of Full Council on 9th March and is expected to receive cross party support.

The Ukrainian flag is currently flying alongside the Union flag outside The Civic, where the meeting will take place.

The motion outlines the Council’s shock and sadness over Russia’s hostile and unprovoked attack on Ukraine, and also:

Cllr Pete Marland, Council Leader and Leader of the Labour Group, said:  “Our thoughts are with the people of Ukraine, who are currently living in fear because of Putin’s cruel, horrendous and unjust invasion of the country.

"We stand with Ukrainians in their fight to maintain democracy and self-determination and will support them in whatever way we can.”

Cllr Robin Bradburn, Deputy Council Leader and Leader of the Liberal Democrat Group said:“Putin’s oppressive and corrupt regime is a threat to democracy, and it must be stopped.

"The Council will do all it can to ensure that no pathway is left available for opaque Russian financial investment and push the Government to enforce even tougher sanctions. We expect all Councillors will come together, cross-party, to support this motion and show that we stand united in support of Ukraine.”

Cllr Alex Walker, Leader of the Conservative Group said: “This is an unprovoked and horrific attack by Putin on the people of Ukraine, who are enduring unimaginable hardships. Ukraine must remain a self-governing and independent nation and we will do everything in our power in support of that goal.”

A number of UK charities have launched appeals to fund humanitarian work in Ukraine.

You can make a donation at:

Residents across Milton Keynes have been joining forces to collect donations to be sent to help refugees from Ukraine. 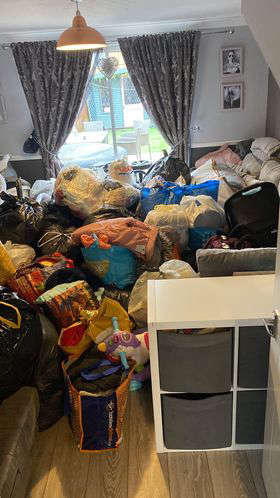 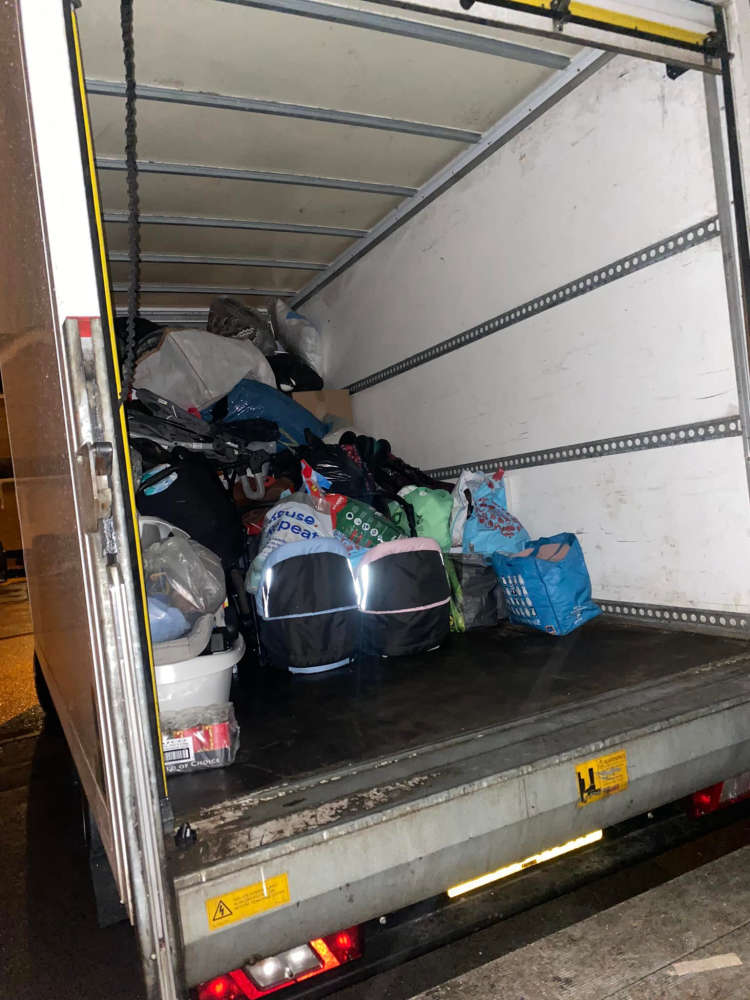 One resident, Sarah Smith, also known as Sweet Sarah, has been collecting items from residents in Milton Keynes on behalf of The Cannon Run.

These donations are now being driven to the Ukrainian borders.

Sarah said: "Thank you to  Frenchies French, Clair Connor, Lynsey O'Reilly and gxo the ee warehouse for helping with donations. Thank you to each and everyone of you that took part and dug deep thank you for reaching out the help the support & giving to those in need Ukraine need our help; and we've done as a community as much as we can on behalf of myself.

"Thank you again the team from the cannon run are on there way now to the Ukrainian boarders to drop of supply's and volunteer."

A small Community of Romanians in Milton Keynes have also been offering collections from people willing to help, and deliver to the collection point, where a family agreed to use their work van for storage purposes until cut-off.

Diana Roman, from the small community, told MKFM: "We had an astounding response, response which none of us involved ever expected it. We have managed to ship 95% of what was collected by cut-off time, but more people in Milton Keynes have started hearing about our action."

"More families, single mums, people who don't have enough food for themselves have been contacting me all day today, wanting to either drop off or have items collected from them.

"I have reached out to multiple NGOs, charitable organisations, even haulage companies and philantropists back in Romania, asking if anyone could help us with transport, but in the craze of events happening right now overall Romania, nobody could help us with transport, as it is very costly and difficult to send goods overseas, since Brexit and all prices and costs skyrocketing.

"By the grace of whatever power lies up there, with the help of friends, and the kindness of a local transport company, we now have a 26 tonne lorry waiting to ship everything we collect."

The following items are being taken for donations:

Today (2/3), Milton Keynes North MP, Ben Everitt, has posted to social media saying: "I know many of my constituents want to be able to support the people of Ukraine.

"I'm pleased the DEC Ukraine Humanitarian Appeal is now open and the Govt will match the public’s first £20 million pound-for-pound."

By donating here, DEC charities will receive help to provide food, water, shelter and healthcare to refugees and displaced families.

The UK Government will also match donations from the public pound-for-pound up to £20 million.

If you have or know of any further collection points in Milton Keynes, please let us know at info@mkfm.com