13,000 potholes fixed with £1.7m investment from council: one every nine minutes! 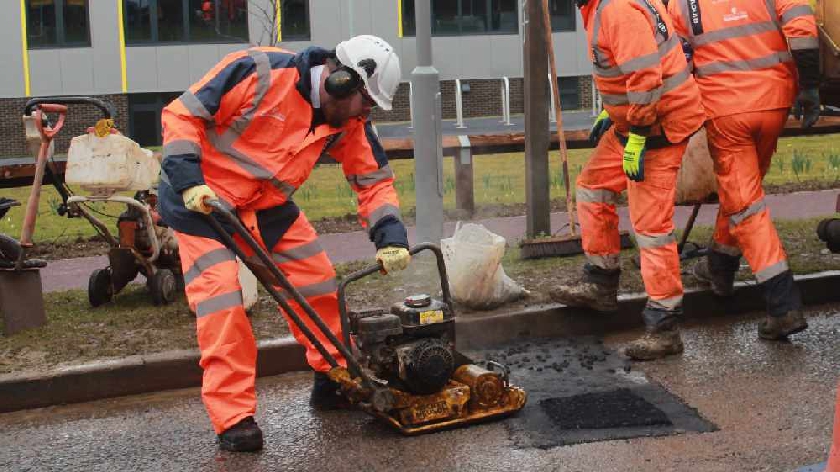 Milton Keynes Council predicted it would fix 7,000 potholes over the last year, but a combination of freezing temperatures last winter and a decision to fix shallower holes almost doubled the number of road repairs made to 13,000.

That’s a pothole fixed on average every nine minutes of the working day.

While the extra highways spend has been partly offset by a programme to fit energy efficient streetlights, the council has had to boost its pothole budget and make other savings elsewhere.

Council Leader Cllr Pete Marland said:  “Fixing potholes is a round the clock priority for us.  Heavy rain, cold temperatures and heatwaves all contribute to potholes forming.  We make sure potholes are repaired properly the first time around to avoid costly revisits, but it’s an ongoing battle.

“It’s an investment we think is important, which is why we’re adding extra money to MK’s road repair budget this year.”