Plans for over 200 new apartments in Central Milton Keynes 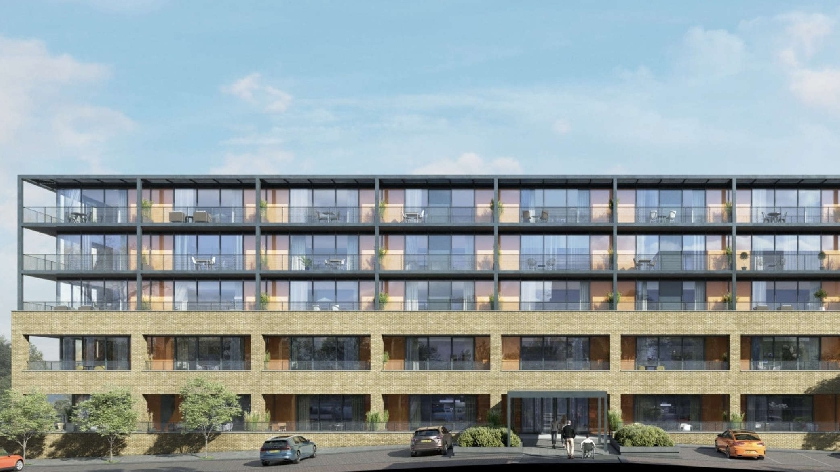 Plans to convert an office block in Milton Keynes into 237 apartments have been revealed by Urban Village Group.

Plans have been revealed to convert the former AGF house into 237 apartments in the city centre.

The scheme also includes the provision of residents secure parking and CCTV security.

Proposals have been submitted to Milton Keynes Council for the development.

According to Urban Village Group, construction could start early next year dependent on planning consent.

Urban Village Group chief executive officer Nick Sellman said: “There is a strong and growing demand for homes in the private rented sector and our Westminster House development will help to address the growing requirement in the Milton Keynes region.

“Currently, there are 4.5 million households in England now renting, representing 20% of the market, which has increased from 10% in 2001. In the next 15 to 20 years, more people are expected to rent rather than own their own homes. As the national housing shortage continues, with an average 200,000 homes built each year against a Government target of 300,000, there is significant scope for major growth in the build to rent sector.”

Developments director Graham Haydon-White said: “We are looking forward to creating an exciting new development of high quality homes right in the very heart of Milton Keynes’ city centre. We will be transforming an empty and unloved office building into a place people will really enjoy coming home to, with all the shopping and leisure facilities right on their doorstep.”

The office block, on 500 Avebury Boulevard, sits opposite the new Saxon Court building.

The £180m Saxon Court development will be known as MK Gateway will see the development of two new buildings; the Shed, a space for local businesses to make and create, and the Village, which, alongside 288 apartments, will incorporate a UK first - 11 vertical gardens, totalling 4,500 square feet.

You can read more here.