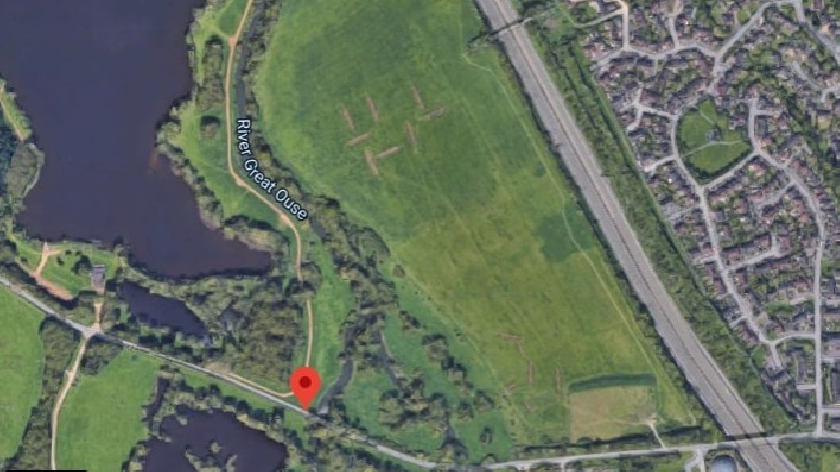 A plan to build hundreds of new homes off a road that regularly floods west of the M1 near Newport Pagnell has been thrown out for a second time.

The site north of Little Linford Lane was earmarked by an MK-based housing association for 377 houses and flats – many of them intended for young people.

But planners at Milton Keynes Council have used their delegated powers to reject the application from Grand Union Housing Group. An application for the same site was thrown out in 2018.

The 20.66 hectares of farmland pasture lies to the west of the M1 and was cut off from the rest of Portfields Farm when the motorway was built in the 1950s. The developer’s agent, Bedford-based DLP Planning says it has not been farmed for a generation.

In a decision letter dated February 13, council planners rejected the application quoting a number of reasons. These included that the site has not been identified in Plan:MK and that the council already has enough housing sites for the next five years.

Although the site itself is not in a high risk flood zone, one of the reasons for rejection was that the developers had not presented a flood plan.

The scheme for the site named Portfields Rise by developers included a full application for 81 homes to be built without delay.

The developers’ agent said they they would “help deliver much needed market and affordable housing to meet the long term and ongoing needs in Milton Keynes.”

Grand Union Housing Group, based in Milton Keynes, owns and manages over 400 homes within the city.

It said that: “GUHC are one of the few developers prepared to build smaller, cheaper, two bed terraced homes and apartments for sale on the open market. There are very few similarly sized, cheaper properties in Newport Pagnell and again, the intention is to help young people enter the property market.

“The applicant is a registered provider and is committed to the delivery of homes to meet the needs of the local community.”

But a huge range of objectors rallied against the plan, including the North Bucks and Little Linford Wood Dormouse Group. The plan did attract some support but it was dwarfed by opponents.

Dormouse supporters said: “The proposed development would be likely to have a detrimental effect on a statutorily protected species, the only known dormouse population within the Milton Keynes borough area.”

The parish council said: “Little Linford Lane is closed several times a year due to flooding in the vicinity of the river bridges.

“This restricts potential emergency access to the development and increases the traffic pressure in the Newport Pagnell direction.”

The petitioners, on the Change.org site, said: “The addition of a further 377 homes down Linford Lane will only exacerbate the current congestion and cause further problems for our small market town.”

The developers have a right to appeal to government inspectors to reverse the decision.